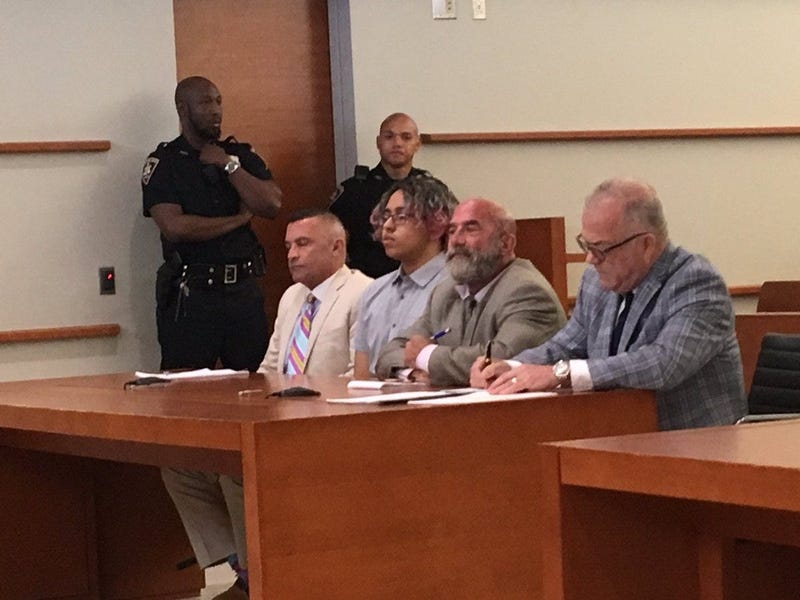 NEW YORK (1010 WINS) --  A judge on Monday afternoon found 19-year-old Abel Cedeno guilty on all counts in the September 2017 stabbing death of classmate Matthew McCree, 15, in a classroom in the Bronx.

Another classmate, Ariane LeBoy, was left in a coma for two days after Cedeno stabbed him at the Urban Assembly School for Wildlife Conservation.

Cedeno was charged with manslaughter, assault and weapon possession.

Guilty on all counts. Abel Cedeño has been convicted of manslaughter, assault and criminal possession of a weapon in the 2017 classroom stabbing death of 15-year old Matthew McCree in the Bronx. #1010WINS pic.twitter.com/X9F1QSvKIK

Sentencing is set for September 10. The maximum sentence for manslaughter is 25 years.

The teen was tried in front of a judge, not a jury.

McCree's family burst into cheers in the courthouse hallway upon hearing the judge's decision.

"I got justice for my son," McCree's mother told reporters.