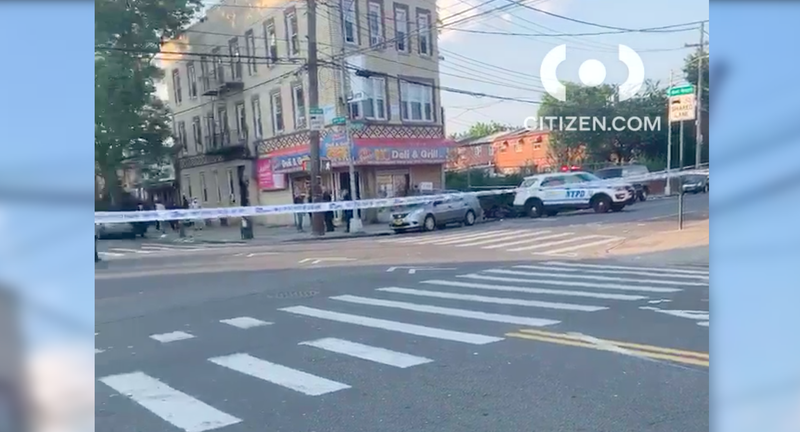 The 10 shootings between midnight Thursday and midnight Friday included 14 victims, according to police. That’s compared to one shooting with one victim over the same time period last year.

In Brownsville on Thursday evening, a 20-year-old man was shot in the head and killed outside a deli on New Lots Avenue, near Mother Gaston Boulevard, around 6:45 p.m. Surveillance video shows a man walking up and shooting him, police said.

Earlier this morning, police officers from the 73rd Precinct responded to a 911 call of a male and female shot in front of 41 New Lots Avenue. When they arrived, they discovered a male with a gunshot wound to the head and a female with multiple gunshot wounds. pic.twitter.com/uXNwmhatsO

A 36-year-old woman was also wounded in the Brownsville shooting when she was shot in the arm and torso. She was in stable condition at a hospital.

And in the Highbridge section of the Bronx early Thursday morning, two men were shot in the head and killed as they sat in a car on Sedgewick Avenue.

There were also shootings in Crown Heights, Far Rockaway, Sheepshead Bay, Bedford-Stuyvesant and the Mott Haven section of the Bronx. Three people were also shot and wounded in Harlem.

"It's a combination of not having alternatives of dealing with our young people, a gang problem that has remained in the city for quite some time and the easy availability of hand guns," he said.

Adams, a former police officer, called on the police commissioner to identify the hotspots and figure out how to get guns off the streets.