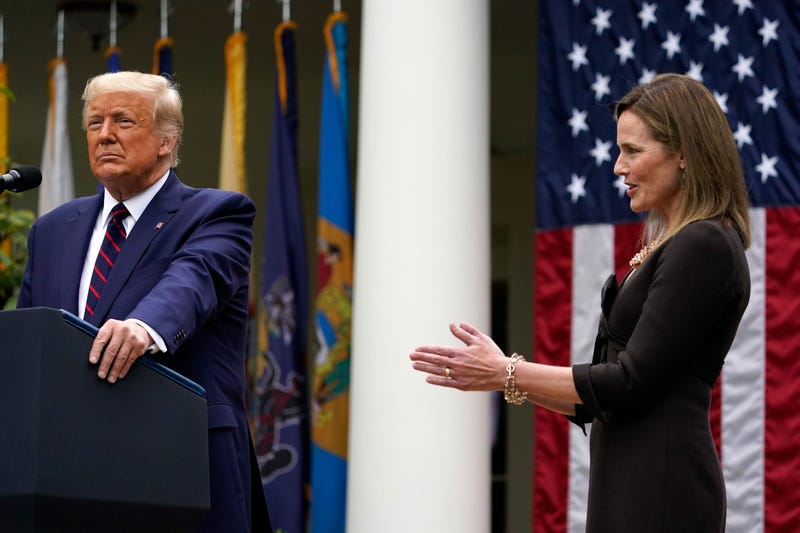 NEW YORK (1010 WINS) -- Sen. Lindsey Graham, the Senate Judiciary Committee Chairman, on Saturday night announced during an interview with Fox News' Jeanine Pirro that the hearing to consider the nomination of Judge Amy Coney Barrett to serve as an Associate Justice on the Supreme Court will begin on Monday, October 12.

The hearing will last three to four days, "using the format the committee has followed for recent Supreme Court nominees," the Senate Judiciary Committee said in statement.

Below is the timetable Sen. Graham outlined on Fox News:

TUES. OCT. 13: The questioning of Judge Barrett begins. "Testimony by those who know Judge Barrett the best and legal experts is expected to follow," the Senate Judiciary Committee said in a statement.

.@LindseyGrahamSC is here with reaction to President Trump’s nomination of Judge Amy Coney Barrett to the Supreme Court. pic.twitter.com/BigFY2yEto

President Trump announced on Saturday afternoon at the White House that Judge Barrett is his nominee.

She was confirmed with a bipartisan vote to the U.S. Circuit Court of Appeals for the Seventh Circuit in 2017.

The hearing will last three to four days, using the format the committee has followed for recent Supreme Court nominees. Opening statements by Judiciary Committee members and the nominee will occur on Monday, October 12.