BREAKING: Ian is 5th-strongest hurricane to make landfall in US
By Juliet Papa, 1010 WINS

The mayor was seen holding a large paint roller as he filled in a section of the mural with bright yellow paint.

But perhaps more notable, is that members of the Central Park Five -- the Black and Latino men who were arrested as teenagers and wrongfully convicted in the high-profile 1989 jogger attack -- were also on hand to paint the mural.

Donald Trump famously took out a full-page ads in newpapers calling for New York state to adopt the death penalty after the attack. The ads never explicitly called for the death penalty for the five defendants. 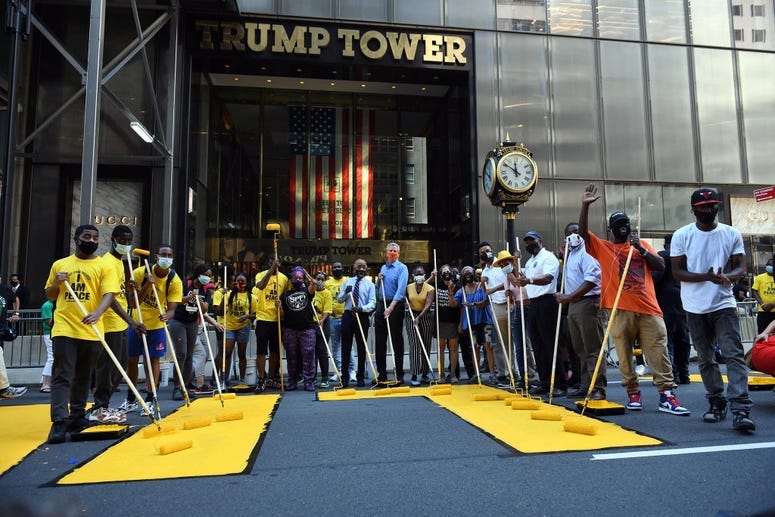 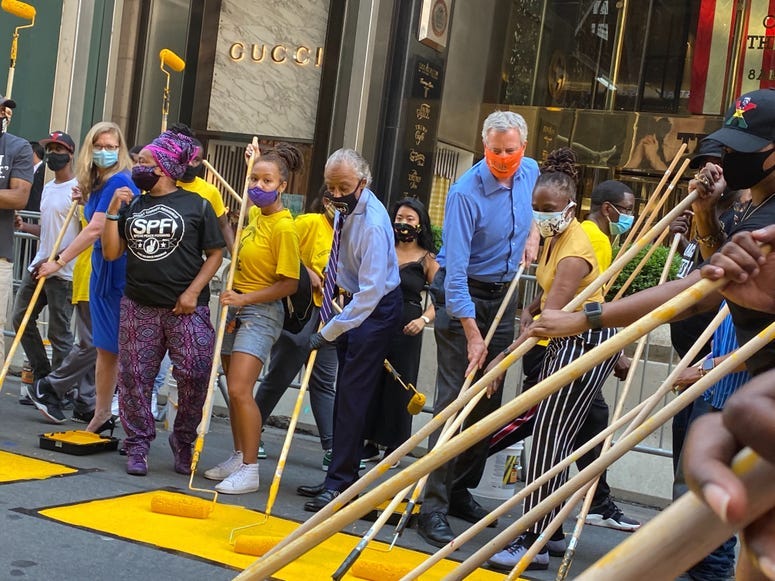 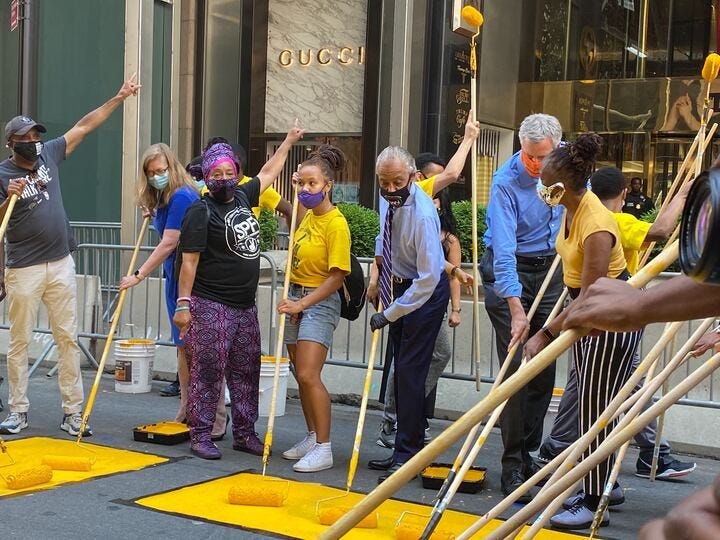 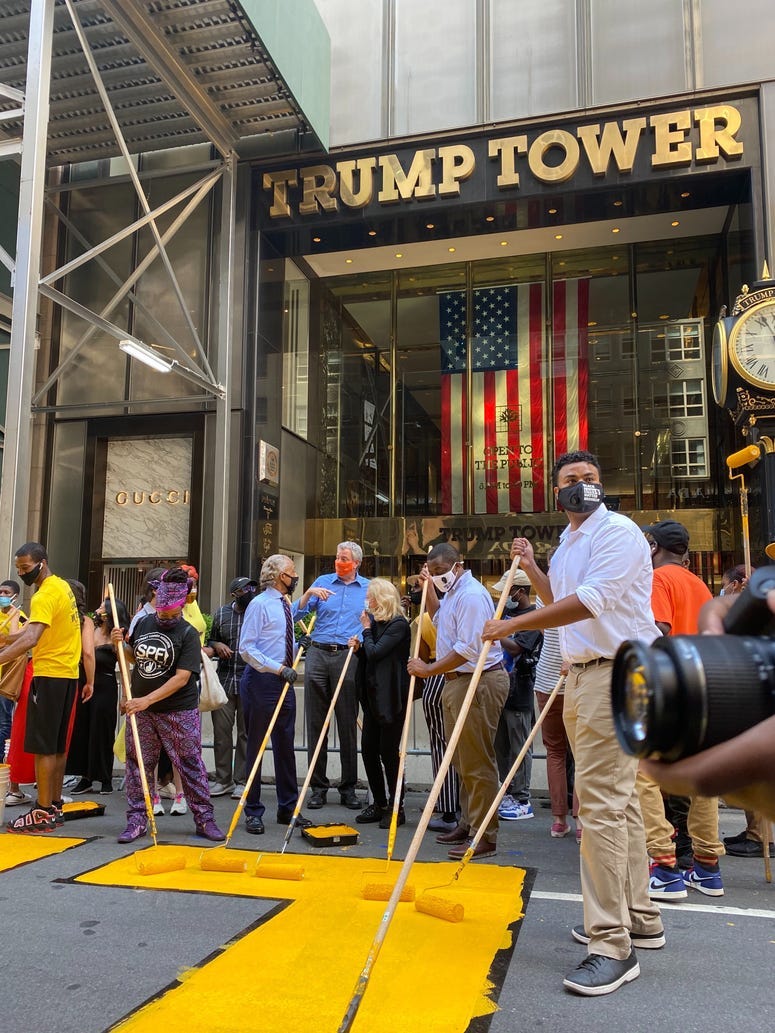 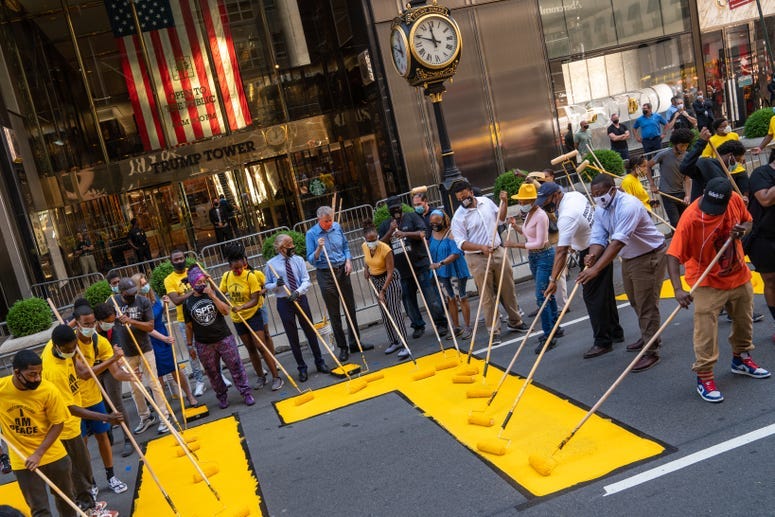 "We are not denigrating anything, we are liberating Fifth Avenue," de Blasio said, referencing President Donald Trump, who last week tweeted that the mural was a "symbol of hate" and that the city was "denigrating this luxury Avenue."

The mayor added: "Let's show Donald Trump what he does not understand. Let's paint it right in front of his building for him."

Work began on the mural early Thursday, when the Department of Transportation shut down the block of Fifth Avenue between 56th and 57th streets.

Workers stenciled in the letters around 7 a.m. before dozens of people started painting the mural a few hours later.

City DOT crews about to shut Fifth Avenue between 56th and 57th So painting of #BLM mural can begin in front of Trump Tower. @NYCMayor @realDonaldTrump @1010WINS pic.twitter.com/sFljpoMVgl

De Blasio confirmed last week that the mural would be painted, prompting this tweet from Trump: "This will further antagonize New York’s Finest, who LOVE New York & vividly remember the.....horrible BLM chant, 'Pigs In A Blanket, Fry 'Em Like Bacon.' Maybe our GREAT Police, who have been neutralized and scorned by a mayor who hates & disrespects them, won’t let this symbol of hate be affixed to New York’s greatest street. Spend this money fighting crime instead!"

....horrible BLM chant, “Pigs In A Blanket, Fry ‘Em Like Bacon”. Maybe our GREAT Police, who have been neutralized and scorned by a mayor who hates & disrespects them, won’t let this symbol of hate be affixed to New York’s greatest street. Spend this money fighting crime instead!

During an interview on MSNBC last week, de Blasio said, "We’re going to take this moment in history and amplify it by taking the Black Lives Matter symbolism and putting it all over this city, including right in front of Trump Tower."

NYC Mayor de Blasio says “Black Lives Matter” will be painted on Manhattan's 5th Ave. in “a matter of days.”

Whenever Pres. Trump comes back to New York, “he’ll get a message that he still doesn’t understand. Maybe seeing it outside his doorstep will help him get the point.” pic.twitter.com/jkG6AJdMO5

“It’s an important message to the whole nation, and obviously we want the president to hear it, because he’s never shown respect for those three words,” de Blasio said. “When he hears Black Lives Matter, he presents a horrible, negative reality of something that doesn’t exist, and he misses the underlying meaning that we’re saying we have to honor the role of African Americans in our history and in our society.”

In Brooklyn, two streets have already been painted with "Black Lives Matter" murals near Borough Hall and in Bedford-Stuyvesant. 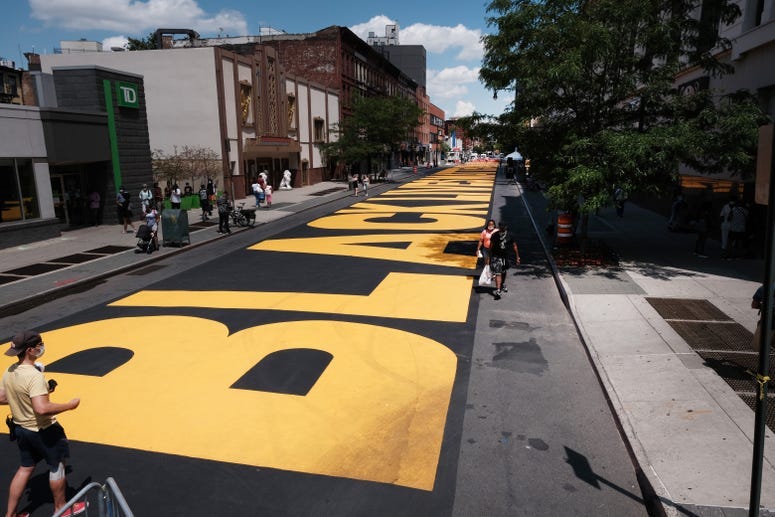 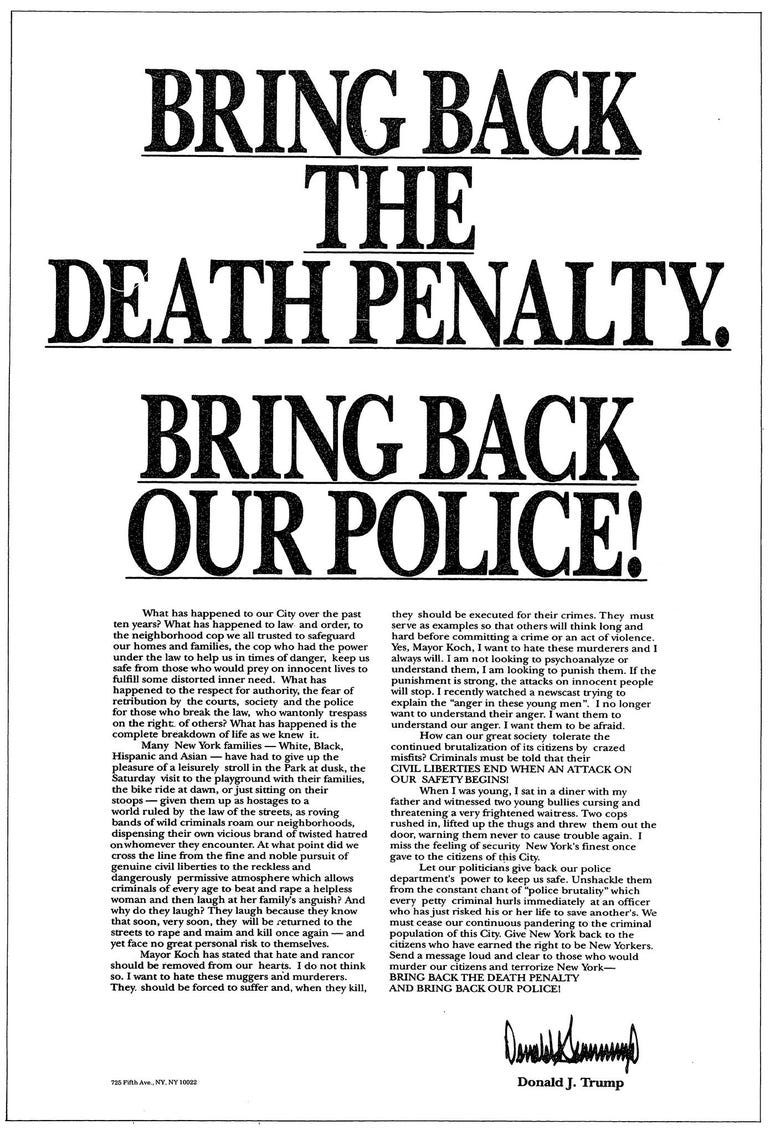