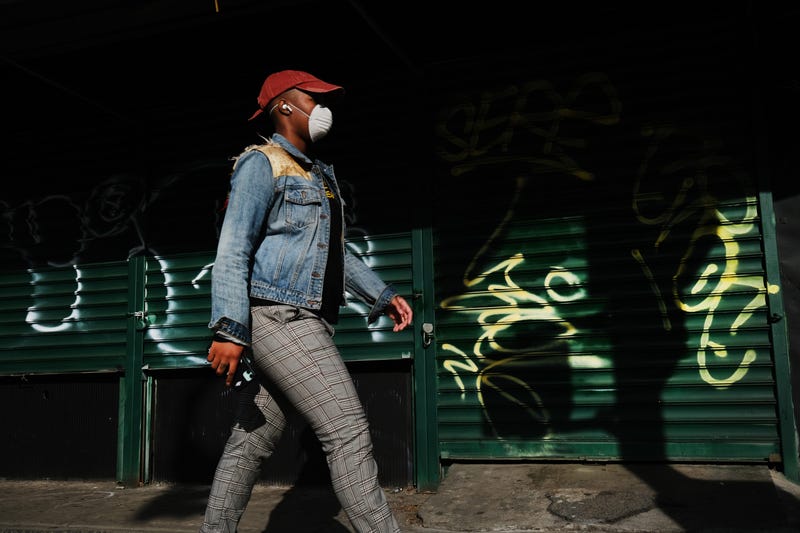 NEW YORK (1010 WINS) -- Gov. Andrew Cuomo said Wednesday that another 112 deaths had been reported in New York state over the past day as he announced religious ceremonies would be allowed to resume in the state under strict guidelines.

While the number of hospitalizations, intubations and ICU admissions continue to fall, deaths were up slightly from Tuesday, when 105 were reported.

At least 352,845 cases of coronavirus have been reported in the state as of Wednesday.

Cuomo said that beginning Thursday, religious gatherings of no more than 10 people will be allowed statewide.

The religious gatherings have to follow social distancing measures and all participants must wear masks. Cuomo said the state has encouraged institutions to use drive-in and parking lot services.

"I understand their desire to get back to religious ceremonies as soon as possible," Cuomo said.

Cuomo also announced new results from state antibody testing with Northwell Health that show lower-income communities and communities with large minority populations in New York City are still being hit hard. So far about 8,000 results have been gathered at church sites in the city as part of that ongoing testing.

"The data shows not just a high positive—not just that a high number of people had the positive—but the spread is continuing in those communities and that's where the new cases are coming from," Cuomo said.

Cuomo said the largest share of COVID-19 antibodies were found in the Bronx and Brooklyn. In the Bronx, 34 percent tested positive for antibodies; in Brooklyn it was 28 percent; in Queens it was 25 percent; in Manhattan it was 20 percent; in Staten Island it was 19 percent.

We will also expand testing to 40 public housing developments.

In Morrisania in the Bronx, 43 percent of people had COVID antibodies. The hospitalization rate—3.26/100K—was also higher than the city’s rate of 1.8/100K. The neighborhood is 42 percent black and 56 percent Latino.

In Hollis, Queens, 35 percent of residents tested positive for antibodies. The hospitalization rate was 2.94/100K compared to the city’s 1.8/100K. The neighborhood is 38 percent black and 14 percent Latino.

The governor said he’s asking all local governments across the state to focus on lower-income communities with testing and outreach. He said the state is going to develop targeted strategies to help these hard-hit communities.

“Focus on low income communities. Do the testing, do the outreach,” Cuomo said.

Northwell Health is doubling the number of church sites it's testing at to 44, Cuomo said. The state is also partnering with Somos Community Care to open 28 additional testing sites at churches in the impacted ZIP codes.

Cuomo said testing is also being expanded from eight public housing developments to 40.

The state is also working with the communities to expand PPE availability and encourage the use of hand sanitizer, social distancing and other measures to stop the spread of coronavirus.