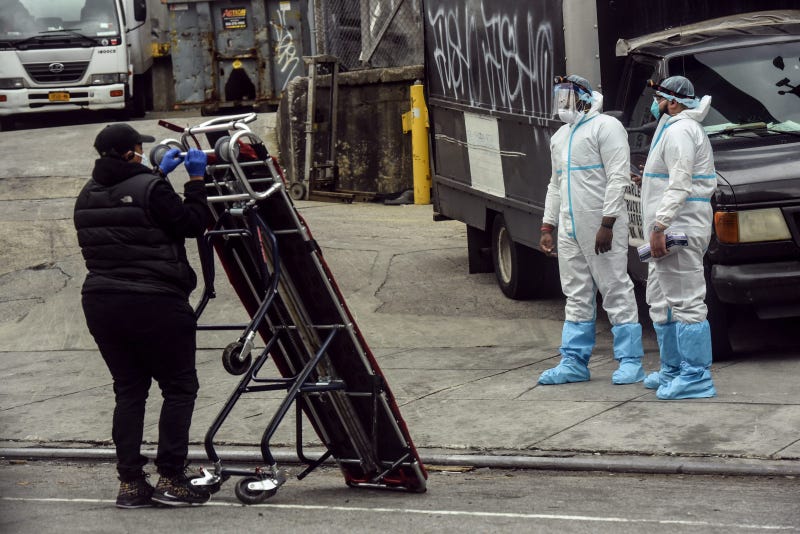 Speaking from an NYC Transit maintenance facility in Corona, Queens, the governor said 299 people died from the coronavirus since Friday. That brings the state's death toll to 18,909.

“That number has remained obnoxiously and terrifyingly high,” Cuomo said of the daily deaths.

When it comes to ongoing antibody testing mapping the reach of the virus across the state, Cuomo said 15,103 people have been surveyed.

The governor said officials are looking into why the rate is so high in the Bronx.

He also said 7 million masks are being given out in hard-hit communities of New York City, including nursing homes, public housing and low-income neighborhoods.

The governor also suggested an executive order banning evictions through June 20 could be extended.

"Come June, we’ll see where we are and we’ll figure it out," Cuomo said.

Cuomo said Friday that schools and colleges in the state would be closed for the rest of the academic year. He said a decision about summer schools would be announced in the coming weeks and that it was too early to make a decision about the fall. He said he'd announce a decision about extending the New York Pause order closing non-essential businesses before May 15, when the order is currently in effect until.