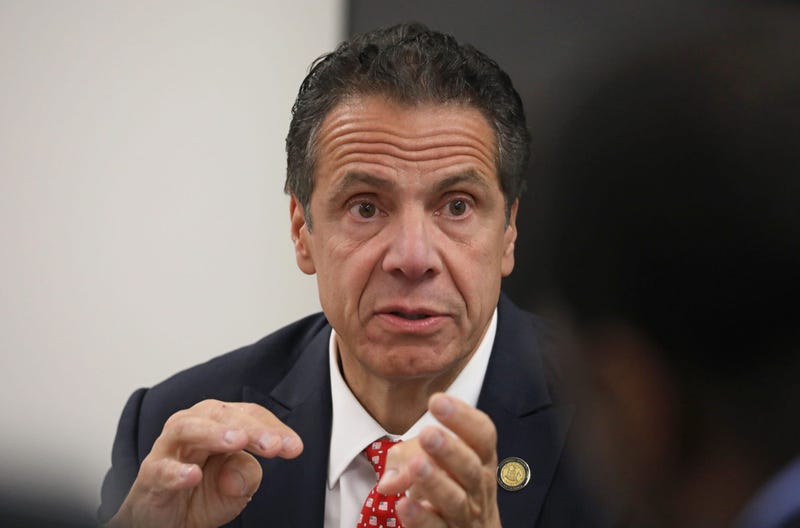 NEW YORK (1010 WINS) -- There seems to be some confusion over whether or not New Jersey motorists will be double-tolled under Manhattan's congestion pricing plan -- and Gov. Andrew Cuomo didn't really clear up things when he spoke to 1010 WINS Friday morning.

The confusion began when New Jersey Gov. Phil Murphy said on Wednesday that he and Cuomo "came to a conceptual understanding" that Garden State commuters won't be double-billed under the plan.

But this "understanding" was news to the MTA. "With all due respect to Governor Murphy, we have no idea what he is talking about," MTA chairman and CEO Patrick Foye said. "No agreement has been reached with New Jersey or anyone else on credits, exemptions or carveouts."

Fast forward to Cuomo's 1010 WINS interview with John Belmont, when he was asked, "Gov. Murphy said he struck a deal so New Jerseyans won’t have to pay twice to drive into the city. Are you in on this thing?”

Cuomo didn't directly answer the question, saying, "Well the MTA, part of what the MTA has to do over the next two years, they’re going to be installing electronic tolling in what’s called the Manhattan central business district, and they have do a traffic study to determine what are the tolls (and) what’s the variable in the tolls?”

Belmont didn't relent, and asked one more time, "Is Gov. Murphy right in indicating there won’t be double tolling?"

Cuomo then elaborated, admitting that double-billing is not out of the questions.

"Well that’s what the MTA has to work through," he said. "There will be some double tolling, otherwise you don’t accomplish anything because you don’t raise any revenue. But how’s that done? The devil is in the detail ... The traffic study is going to inform the MTA.”