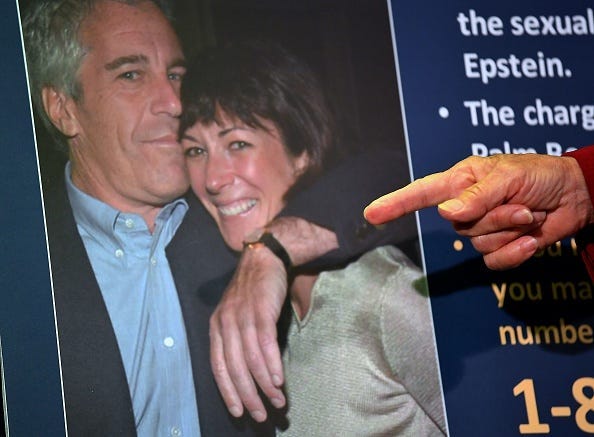 NEW YORK (1010 WINS) -- Ghislaine Maxwell on Friday is seeking a $5 million bail release, arguing that she was "far from hiding" while under criminal investigation, as prosecutors allege, and hasn't left the country in more than a year.

Maxwell's lawyers suggested she be released on a bail package that would include a $5 million personal recognizance bond, travel restrictions, as well as a home confinement with GPS monitoring at an unspecified residence in the Southern District of New York.

Prosecutors argue in court filings that she should be denied bail because she "poses an extreme risk of flight," citing her wealth, foreign citizenship and that she has "effectively been in hiding for approximately a year."

Maxwell alleges that she has wrongly replaced Jeffrey Epstein in the public eye.

"Epstein died in federal custody, and the media focus quickly shifted to our client—wrongly trying to substitute her for Epstein—even though she’d had no contact with Epstein for more than a decade, had never been charged with a crime or been found liable in any civil litigation, and has always denied any allegations of claimed misconduct," her attorney Mark Cohen wrote.

"Sometimes the simplest point is the most critical one: Ghislaine Maxwell is not Jeffrey Epstein."

In a Thursday night court filing, Maxwell's lawyer Laura Menninger addressed the charges against her for the first time, calling the criminal case against her "meritless."

"The United States Attorney’s Office for the Southern District of New York on June 29, 2020 caused a meritless indictment to be issued against Ms. Maxwell," Menninger wrote in the filing.

A bail hearing in Maxwell's case is scheduled for July 14.