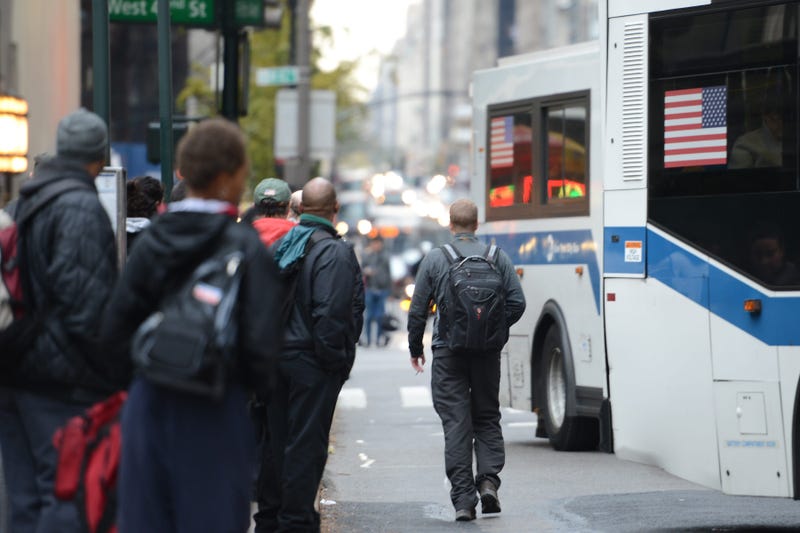 NEW YORK (1010 WINS) — A man armed with a knife climbed onto the bumper of an MTA bus Thursday night and started stabbing the bus.

Bus driver Louis Huertas was on 14th street in the East Village.

“I opened up the doors and told him listen, you've got to get off the bus or get off the bumper," said the driver, Louis Huertas told WABC. "Sure enough he pulls a knife out on me and starts coming after me. After he broke the windshield wiper somebody yelled, 'yo he put the knife away'. When I asked were they sure, they said yeah he put the knife in his front left pocket. That's when I went ahead and grabbed him and swung him and threw him on the floor."

The knife-wielding man was arrested and taken in for a psychiatric evaluation.