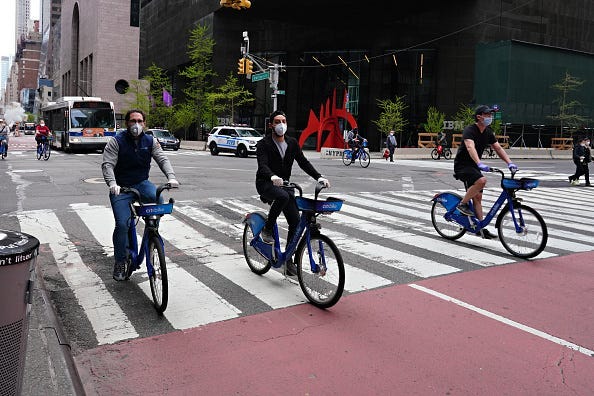 The new figures were released hours after Mayor Bill de Blasio announced that the city is launching the NYC strategic reserve of vital medical equipment and supplies.

“We New Yorkers will take care of ourselves,” de Blasio said.

He added that they will be doing everything it can to not rely on the federal government for help."We have watched in the last few weeks that when we called for our federal government to help us, sometimes they responded, sometimes they didn't," he said. Adding, "we're not going to be fooled again."The mayor also announced that the city will be purchasing 3,000 units of "bridge" ventilators for $10 million made by Boyce Technologies in Long Island City.De Blasio also announced there will be a ticker-tape parade on Broadway in honor of health care workers and first responders when the city finally reopens.

"This will speak to the rebirth of NYC," he said.

On Monday, the mayor announced that permits for June events in New York City were canceled, including the Pride march and the Puerto Rican Day parade.

"I'm now reporting today that we will cancel city permits for June events as well," he said. "It is not a happy announcement but it is one we have to make," the mayor said.