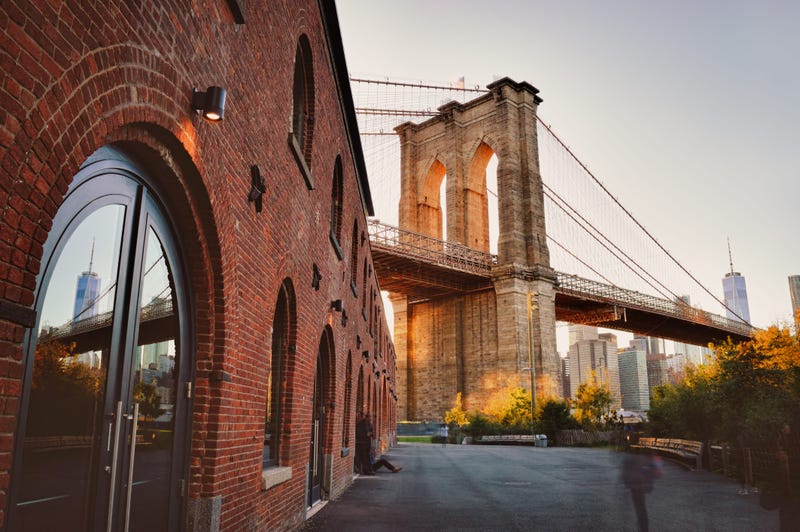 NEW YORK (1010 WINS) – A man who tried to steal a woman’s purse and then carjacked her car attempted to outrun police on the Brooklyn Bridge, but ended up jumping off the famed crossing as police blocked his path, the NYPD says. It was a decision that cost him his life.

The suspect died early Sunday morning at Bellevue Hospital -- several hours after the chaotic pursuit ended with him leaping off the bridge.

The insanity began around 9:45 p.m. Saturday in Dumbo, where police say the man tried to steal a woman’s purse in front of 224 York St.

He then carjacked the woman’s late-model Honda with her inside and made a mad dash for the Brooklyn Bridge, hoping to escape to Manhattan, according to police.

Officers chased him across the span, until he crashed on the bridge, police said.

He tried to exit at the FDR ramp, but the NYPD was quick and blocked the exit. Police say he then tried the Pearl Street ramp, but it was also blocked by a cruiser.

Cornered and with only one play left, police say the man jumped off the Brooklyn Bridge and down to a street below, critically injuring himself in the fall.

It’s unclear how far he plummeted, but he was in critical condition at a hospital after the chase, and police told 1010 WINS that he was likely to die.

The man, who has not been identified, was pronounced dead around 12:30 a.m. Sunday.

The woman was not injured in the carjacking.