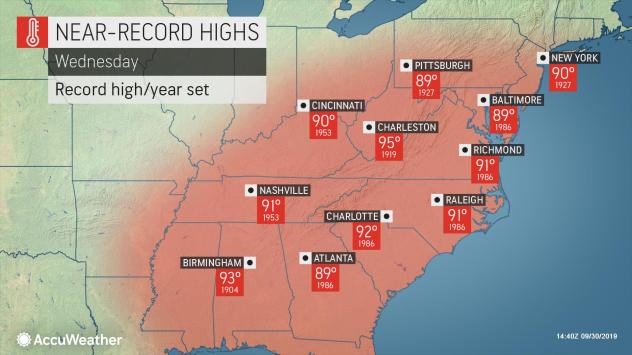 A mix and of sun and clouds will accompany what could approach the record high for Oct. 2 of 90 degrees, set in 1927.

Mayor Bill de Blasio sent a tweet advising New Yorkers that despite the high temperatures, no swimming is permitted this time of year.

Divers are continuing the search this morning for 2 missing swimmers.

With today's high temperatures, we’ve deployed more personnel and equipment from Parks, NYPD & FDNY to the beaches throughout the Rockaways.

Please, stay safe. No swimming is permitted this time of year.

Some north Jersey, Hudson Valley, Connecticut and Long Island suburbs could see a shower this morning before the heat really sets in.

A shower or thunderstorm could move through the region in the afternoon and evening, leading to much cooler temperatures, with high 50s in the city an the mid-50s in most suburbs. 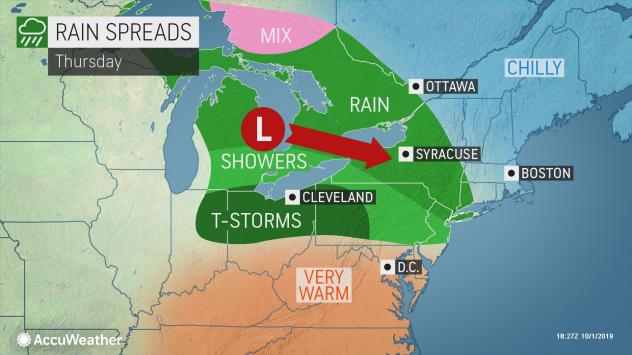 Thursday is expected to be chilly and raw with plenty of clouds, occasional rain and drizzle, and temperatures in the 50s. 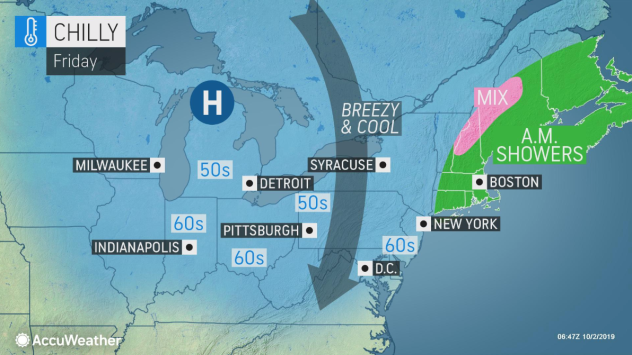 Friday will be sunny and breezy with ah high of 62.