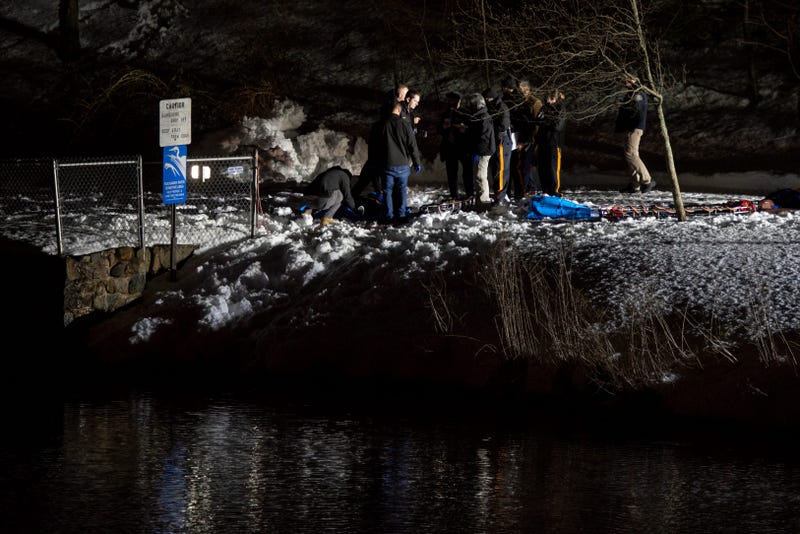 The body of a woman in her thirties and a young boy were recovered from the Rockaway River in Boonton in Grace Lord Park on February 23, 2021. Photo credit Amy Newman via Imagn Content Services, LLC
By 1010 WINS Newsroom

Warda Syed, 35, and her son Uzair Ahmed, 11, were found dead in the Upper Pond section of Grace Lord Park in Boonton on Feb. 23, the Morris County Prosecutor's Office said.

The Medical Examiner on Tuesday ruled their deaths accidental, the prosecutor's office said in a press release, noting that there "is no cause to believe there was any criminal activity involved in either individual's death."

"Out of respect and consideration for family of the deceased, there will be no further comment on the circumstances of the incident," the prosecutor's office added.

Police found the Boonton residents' bodies after a 911 caller reported seeing a 6-year-old boy crying for his mother inside the park, prosecutors said. Officers found the boy, identified as Syed's younger son, unharmed.