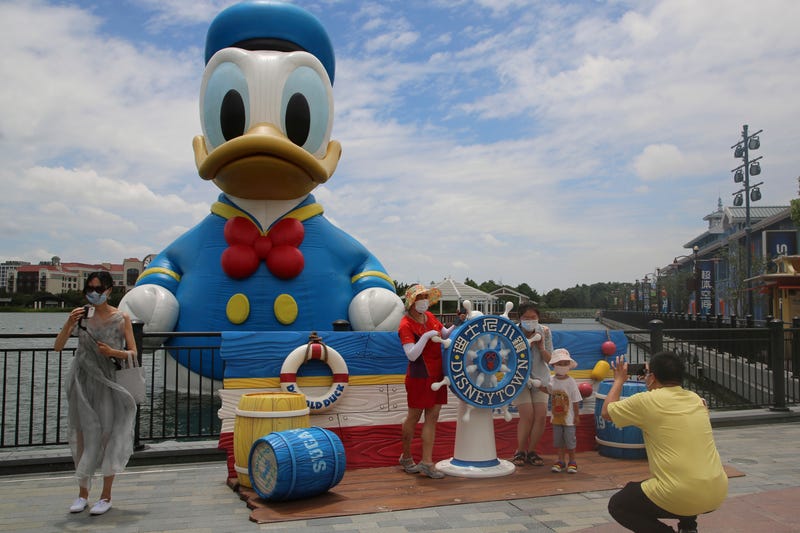 Chinese officials hail their hardline “zero-COVID” policy for stemming the growth of cases and deaths from the virus, despite the enormous cost to the Chinese economy and international supply chains reliant on China’s manufacturing and shipping abilities that have been thrown askew.

China has repeatedly defended the policy and indications are it will maintain “zero-COVID” at least through the spring of 2023, when President Xi Jinping is expected to be installed for a third five-year term as head of the world’s second-largest economy and a rising competitor to the United States in the Indo-Pacific region.

In remarks carried by the official Xinhua News Agency, Xi on Wednesday said China's policies against the virus have “protected people’s lives and health to the greatest extent."

Xi was speaking during a visit to the central city of Wuhan, where the virus was first detected in late 2019 before the outbreak of the pandemic that has killed more than 6.3 million people worldwide, according to a tally by Johns Hopkins University in the United States.

“If China had adopted the ‘herd immunity' policy or a hands-off approach, given its large population, the country would have faced catastrophic consequences," Xinhua quoted Xi as saying.

“Even if there are some temporary impacts on the economy, we will not put people’s lives and health in harm’s way, and we must protect the elderly and the children in particular,” Xi said, according to Xinhua.

Having associated himself so closely with “zero-COVID,” any backdown by Xi would be seen as a political liability as he seeks to ensure his further control of domestic power and influence abroad.

China's tough approach, which involves lockdowns on hundreds of millions of people, mass testing costing billions of dollars and quarantines upending thousands of lives “are the most economical and effective,” Xinhua reported Xi as saying.

Xi also warned against “any tendency to let down guard, grow weary of the fight, or slacken prevention and control efforts."

Despite the loosened restrictions, a negative test result on your mobile phone is still required for access to most public spaces in Shanghai and other cities.

Shanghai resident Amber Liu said she had long been hoping to leave the city for Chinese holiday destinations, such as the tropical island beaches of Sanya or the mountains and deserts of Yunnan, Tibet, and Xinjiang. Quarantine restrictions still made that difficult, if not impossible, she said.

“It’s a tricky kind of normalcy,” Liu said. “I think life is surreal now. It feels like there’s still a long way to go before a full recovery. … Everyone is resigned to the situation.”