NEW YORK (1010 WINS) – Thirteen people will reportedly turn themselves in to the NYPD in connection with a caught-on-camera attack on a man who police said was beaten, slashed and stripped in broad daylight in Chinatown last week.

The 13 people plan to turn themselves in to speak with NYPD detectives at the Fifth Precinct on Friday, the Daily News reported.

However, they claim that the 26-year-old man they allegedly attacked had robbed their relative at gunpoint during a bus ride from Atlanta to New York City, according to the report.

The relative, a 20-year-old man, was robbed of valuables—including a coat, sneakers, earrings, an Apple watch and two cellphones—during the 15-hour ride before the bus arrived in Chinatown last Friday morning, the 20-year-old’s grandmother told the Daily News.

The grandmother told the paper that her grandson “gave everything” to the 26-year-old and his accomplice aboard the bus. She said he was terrified to report the crime but managed to alert other passengers, who helped him text and call his family.

When the bus arrived in Chinatown around 11:30 a.m., the 20-year-old was met by his relatives, who then chased the 26-year-old, according to the report and video. 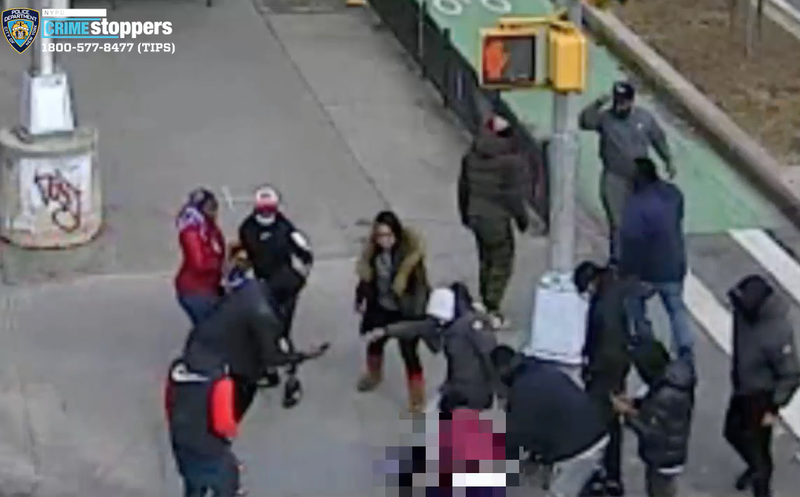 Video released by the NYPD over the weekend shows a group of people surrounding the 26-year-old at Canal and Allen streets, some of them kicking and jumping on him. Police said the group slashed him repeatedly and removed his cell phone, pants, underwear and shoes before fleeing in multiple vehicles.

According to the Daily News, the family has hired lawyer Sanford Rubenstein.

“If in fact there’s a criminal charge, I would tell the District Attorney, it should be dismissed,” Rubenstein told the paper.

They plan to file a criminal complaint of robbery against the 26-year-old at the precinct, according to the report.

The 26-year-old reportedly has a history of arrests and served time in prison for robbery. He also reportedly has ties to a Brooklyn gang. He was taken to Bellevue Hospital in stable condition and later released, police said. 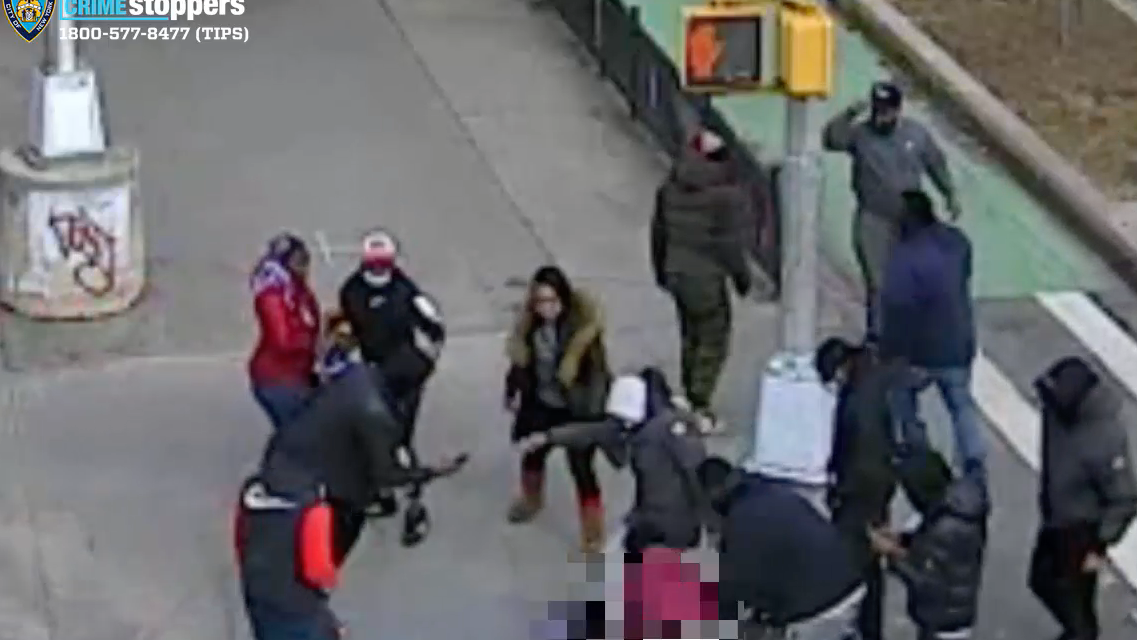