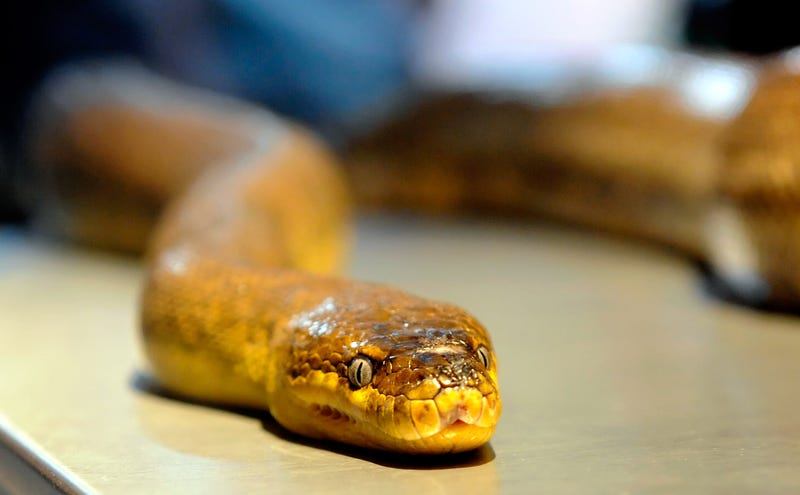 NEW YORK (1010 WINS) -- A 6-foot-long python slithered its way into a backyard birthday party in the East Village over the weekend, according to a report.

A golden Labrador Retriever puppy named Sonny spotted the snake inside the backyard on Sunday, the Daily News reported.

“Sonny was sniffing around and was about to play with it when my brother said, ‘That’s a snake!’ And we grabbed [Sonny],” party attendee Zoe Berger, 29, told the outlet.

Four NYPD officers who responded to the scene managed to capture the snake using a bag, the outlet reported.