NEW YORK (1010 WINS) -- A homeless woman who bashed an Asian woman in the head with a hammer and demanded she take off her mask in Manhattan earlier this month has been arrested, the NYPD said.

Ebony Jackson, 37, was arrested and charged with two counts of assault, two counts of criminal possession of a weapon with a previous conviction and two counts of menacing Wednesday afternoon, police said.

The 31-year-old victim and her 39-year-old friend were walking in front of a building on West 42nd Street, near Ninth Avenue, in Hell’s Kitchen around 8:40 p.m. on May 2 when Jackson approached them and screamed at them to take their masks off, police said. 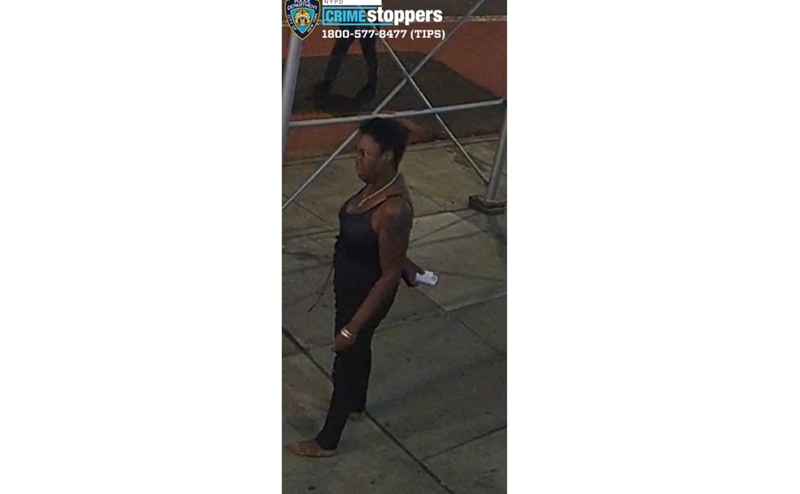 Surveillance video released by the NYPD showed Jackson trailing the two friends — one of whom was carrying a bottle of wine — as they walked down the sidewalk.

Jackson then hit one of the women in the head several times and screamed at them as the two attempted to defend themselves.

Jackson fled the scene after the attack, the NYPD said. The 31-year-old woman was taken to NYU Medical Center with a cut to her forehead, police said.

The NYPD’s Hate Crimes Task Force is investigating the attack, according to police.

The 31-year-old woman, a recent Fashion Institute of Technology graduate, told ABC7 she was traumatized by the attack, which left her with a wound that required seven stitches.

“She was talking to herself, talking to the wall. I thought maybe she was drunk or something, so we just wanted to pass [by] her quickly,” she said. “And when I passed… she saw us, and she said, ‘Take off your mask.’ Suddenly, I just [felt] my head get hit by something.”