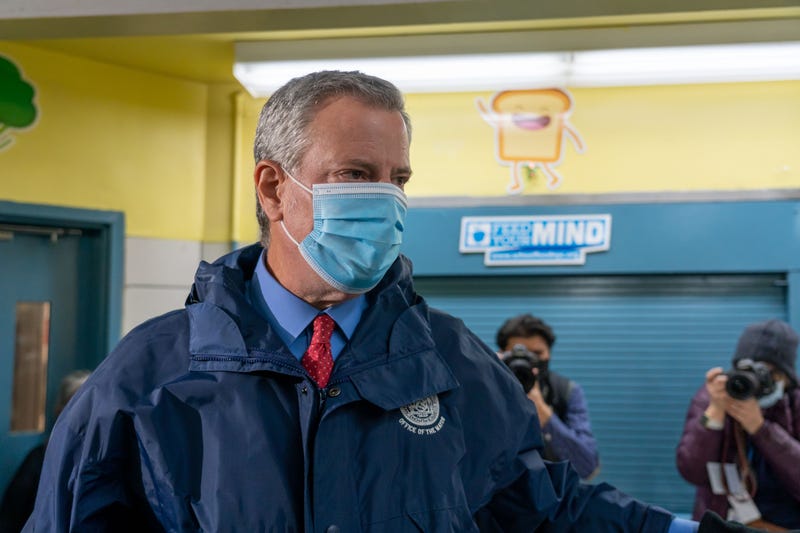 “Across the river, I want to thank our neighbors and want to congratulate our neighbors in New Jersey. They did something really important and something New York state needs to do, they legalized marijuana,” the mayor said at his daily briefing.

De Blasio said it’s “time to do the right thing” and legalize marijuana “in a way that’s safe and that empowers communities that have often suffered from the wrong kind of laws in the past.”

“We saw it in New Jersey, now it’s time for New York state to do it,” the mayor said, adding that it would provide badly needed revenue amid the pandemic and economic downturn.

“At a point where we need resources, so we can serve people and provide such crucial services, this would be a big economic boost and bring in revenue we need,” de Blasio said. “So hopefully that will soon be coming in this state as well.”

De Blasio, a Democrat, also brought up the presidential election, which remains undecided as votes continue to be counted in key battleground states.

The mayor said “the next president will define the future of New York City” as it seeks a federal stimulus package amid a $9 billion budget deficit.

He said he thinks if there’s a Democratic president, a Democratic House and a “very closely split” Senate that a major stimulus deal could be passed.

“Even if President Trump were to prevail, I think there will be huge pressure on him to do some kind of stimulus,” de Blasio said. “I don’t think the country could possibly recover without it.”