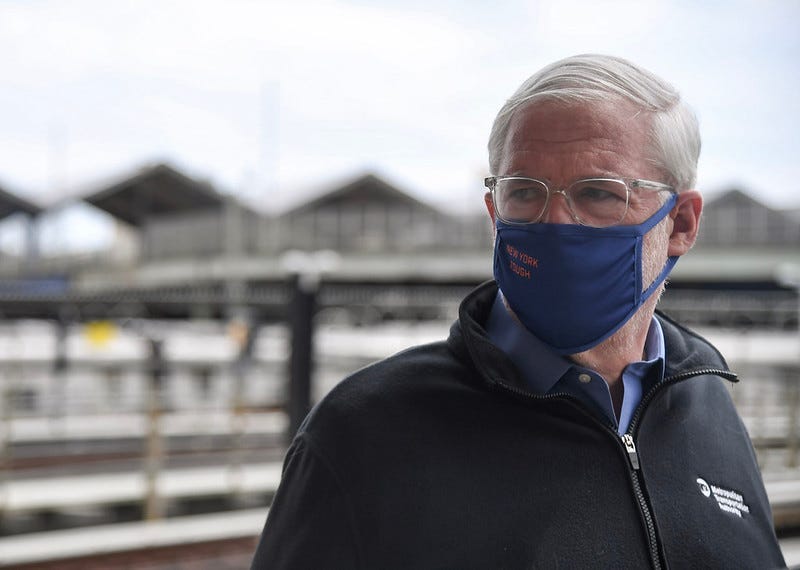 NEW YORK (WCBS 880) — The MTA on Wednesday responded to criticism that it is moving too slowly on getting congestion pricing started in New York City.

At a press conference, he said the MTA is in desperate need of the $15 billion that can be raised by the new tolling system, especially after heavy rainfall brought intense flooding to several subway stations across the city.

The mayor said he wants to see the system installed no later than 2022.

On Wednesday, MTA CEO and Chairman Pat Foye responded to the mayor’s calls saying the agency is moving as quickly as the federal government will allow them to.

“We're working with the federal government to make sure that the public outreach process satisfies statute and regulation,” Foye said.

Foye notes that numerous groups need to be consulted on congestion pricing before it can be fully implemented, including coalitions from neighboring states, environmental groups and Native American tribes.

The MTA chair says there is no concrete timeline for the project’s next steps.

Meanwhile, the agency is likely to continue to face “significant deficits,” especially as experts predict ridership will only return to 85% of pre-pandemic levels in 2024.

MTA officials are floating the idea of right-sizing service in the next few years, an idea that was not warmly received by MTA board members, such as Norman Brown.

“Personally, I have ‘right-sizing’ high on my list of the top ten weasel words you hear,” he said.

While there is not going to be a fare hike this year, he says that shouldn’t mean the MTA should be reducing service and forcing riders to wait longer for trains and buses.

“That's an odd way to reattract people to the train,” said Brown.