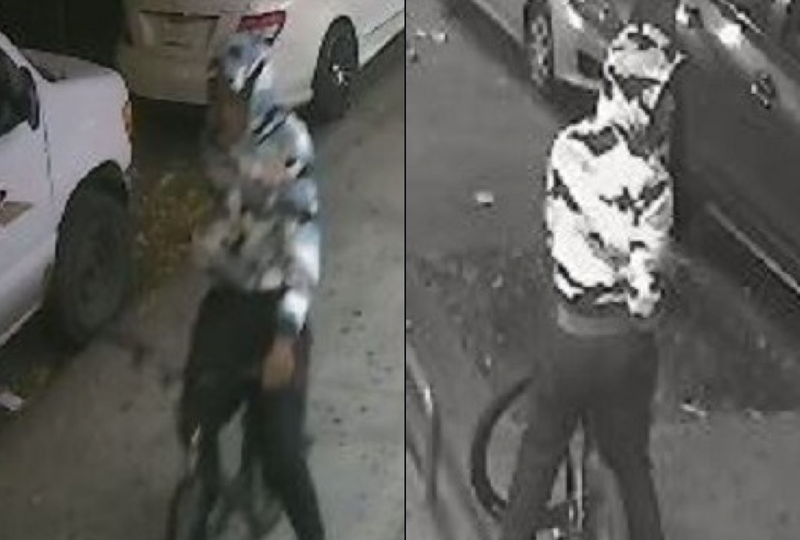 NEW YORK (1010 WINS) -- An armed man on a bike robbed and then groped a woman as she stood outside a Bronx apartment building this month, police said.

The 47-year-old woman was outside a building on Crotona Park East, near E. 173rd Street, early in the morning on Nov. 7 when the man pulled a gun and started threatening her, police said.

The man then stole her purse and grabbed her breast before taking off down E. 173rd Street, according to police.

The woman was not injured and refused medical attention at the scene.

The NYPD released surveillance video on Friday showing the suspect riding a bike. Police believe he’s between 17 and 25 years old.