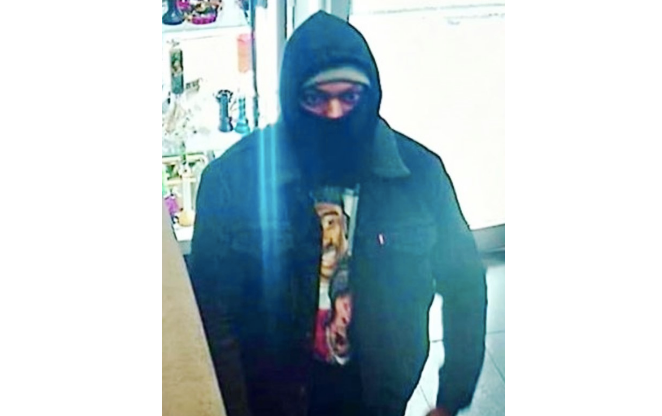 The suspect police were searching for. Photo credit NYPD
By 1010 WINS Newsroom

NEW YORK (1010 WINS) -- A gunman who accidentally shot and injured a 75-year-old woman as he was trying to shoot a BMW driver during a road rage dispute on the Lower East Side has been arrested in Florida, according to police and a report.

Carlyle Herring, 42, of the Bronx, was arrested and charged with attempted murder in connection with the February shooting on Tuesday, the NYPD said.

Law enforcement officials tracked Herring down in Tampa, Florida after he posted Facebook photos that "showed him with palm trees and a pool in the background," the New York Post reported.

Police said Herring was trying to cross Clinton Street, near Delancey Street, around 11:55 a.m. on Feb. 16 when a driver in a black BMW turned right onto Clinton Street and almost hit him, police said.

The incident led to a dispute between Herring and the driver, the NYPD said. At some point during the argument, Herring whipped out a gun and fired at the driver several times, police said.

Instead of shooting the driver, however, Herring accidentally shot a 75-year-old woman in the buttocks, the NYPD said.

The woman was taken to a nearby hospital, where she was listed in stable condition, police said.