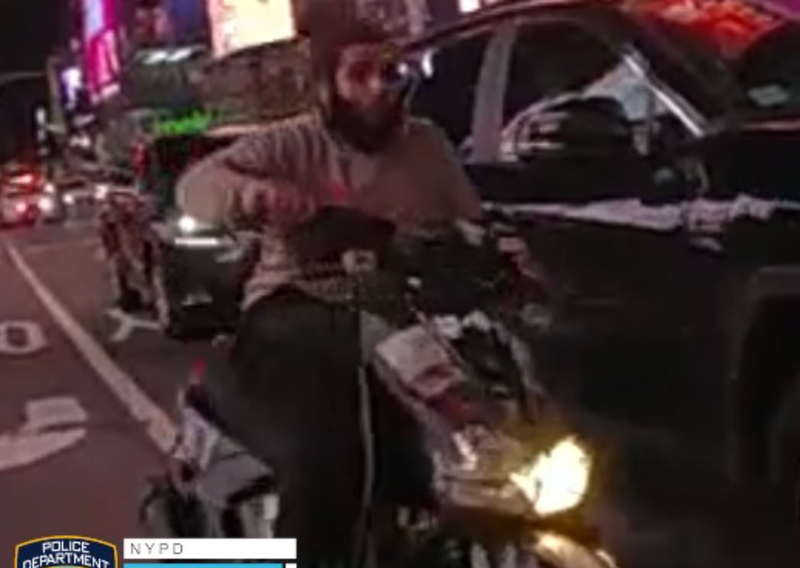 NEW YORK (1010 WINS) — A motorcyclist crashed into an NYPD officer, leaving him with a fractured finger, after he tried to flee a checkpoint in Times Square on Saturday, the department said.

The 44-year-old officer was conducting a vehicle check near West 44th Street and Broadway around 11:15 p.m. when the motorcyclist drove through the checkpoint, hitting the officer's left hand, the NYPD said Tuesday.

The motorcyclist fled south on Broadway after hitting the officer, police said.

The officer was taken to a nearby hospital, where he was treated for a fractured finger and an injured wrist, according to police.