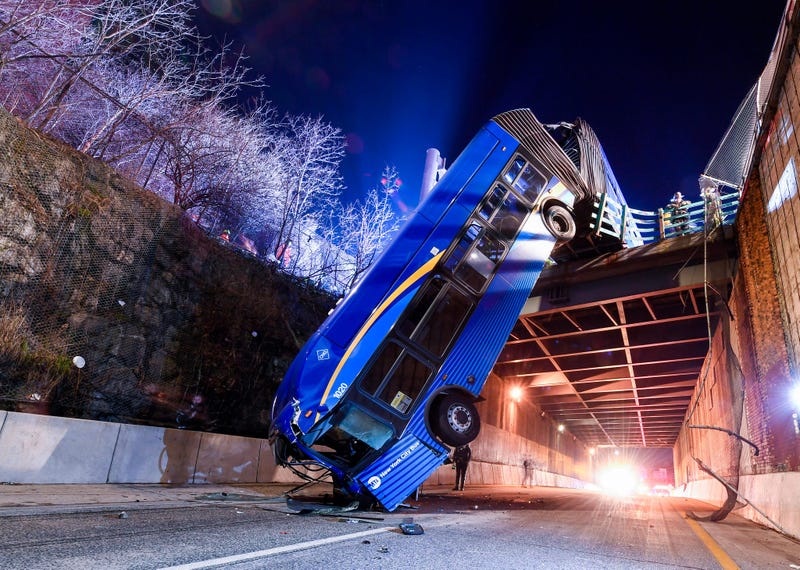 Photo credit Marc A. Hermann / MTA
By The Associated Press and 1010 WINS Newsroom

NEW YORK (AP) -- The driver of an MTA bus that plunged off a Bronx bridge has been suspended after refusing a drug and alcohol test.

The MTA said Saturday the 55-year-old driver had been "withheld from service without pay'' following the dramatic crash.

His name has not been made public. Officials said he passed a breath test at the scene but then refused a drug and alcohol test later at the hospital.

Interim New York City Transit President Sarah Feinberg said Friday that it's “extremely rare for someone not to agree to cooperate.” 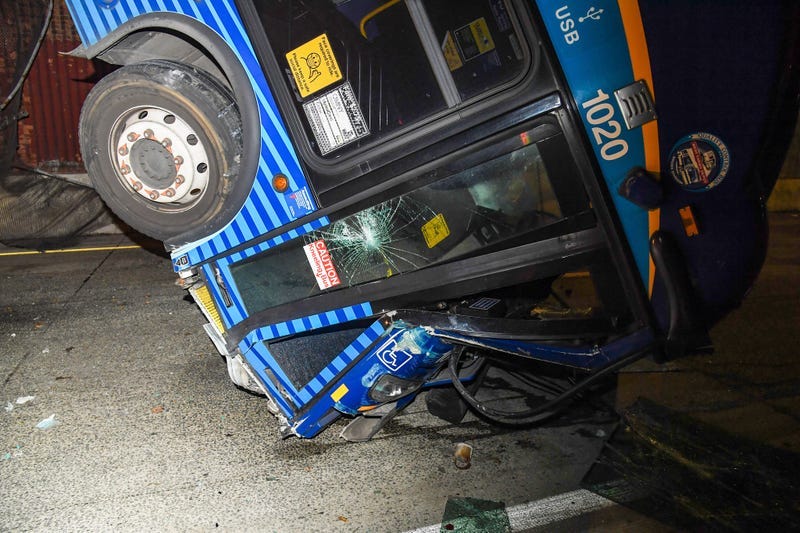 Seven passengers were injured after part of the articulated Bx35 bus crashed through a guard rail and fell 50 feet onto a highway ramp leading to the Cross Bronx Expressway while making a turn around 11 p.m. Thursday in the Highbridge section. The other half remained on the bridge at University Avenue.

Images showed one part of the bus still resting on the bridge, with the other half dangling nearly completely vertical, with its smashed front end resting on the highway ramp below.

The bus driver was treated for injuries to his jaw and taken to a hospital. Officials said he was able to help evacuate passengers. No other vehicles were involved in the crash.

Officials said the bus was traveling between 17 and 26 mph at the turn, but that the appropriate speed for taking such a turn in an articulated bus would be 3 to 5 mph under MTA rules.

“Speed is clearly a factor and of obvious concern to us,” said MTA Safety and Security Officer Patrick Warren. “The bus appears, according to GPS, to be going at a high rate of speed as it attempted to make the turn.”

The MTA said the driver has more than 11 years of service and a good safety record. 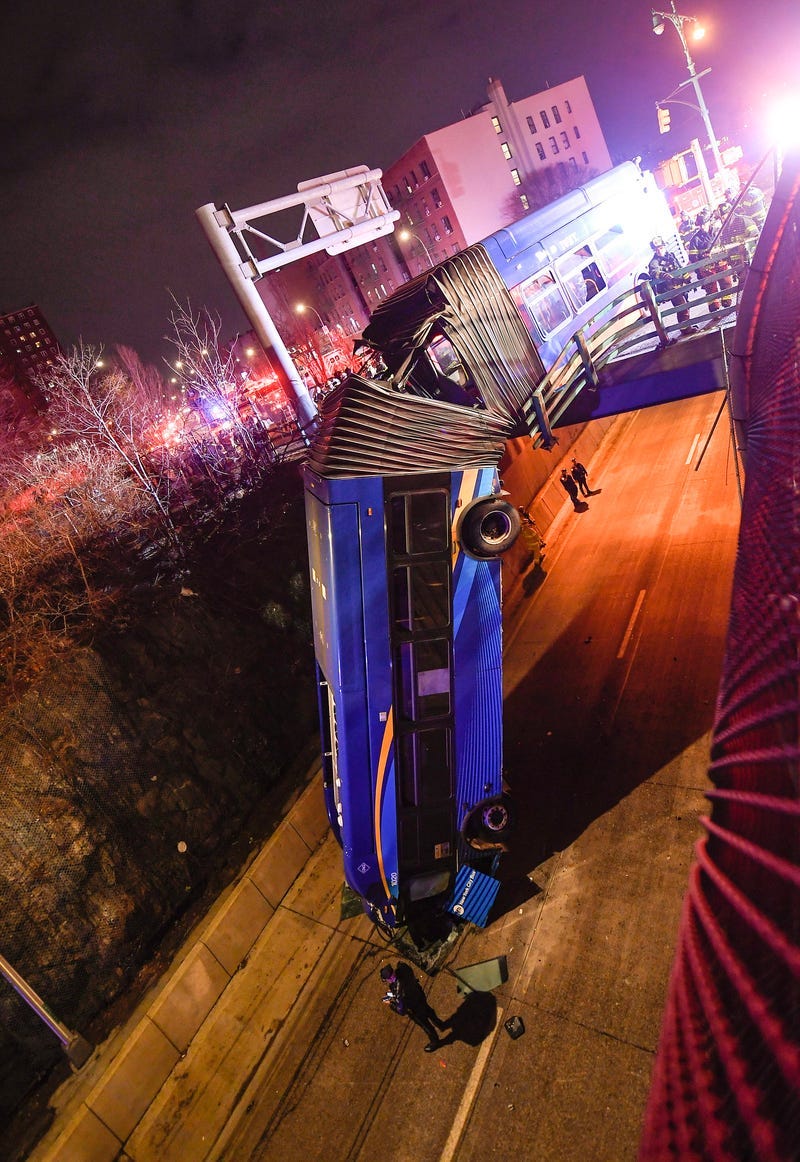