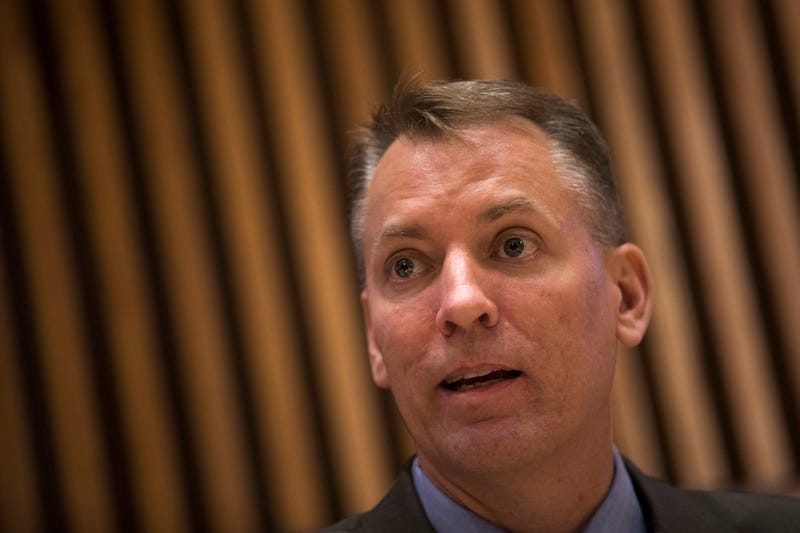 NEW YORK (1010 WINS) -- New York City is on track to hit a 14-year high in gun violence by the end of the year, NYPD Commissioner Dermot Shea said Tuesday.

Shootings were up by 96 percent in the first 11 months of 2020 compared to the same period last year, NYPD data shows.

Last month, the city logged 115 shootings — a 112 percent increase compared to November 2019, Shea said in an interview with NY1 Tuesday morning. The city also recorded 28 homicides this past November, up 38 percent from November 2019.

“I wish I had better news on the gun violence, specifically,” he told NY1’s Pat Kiernan. “Where we stand today, we’re looking to close out the year at a 14-year high.”

While the COVID-19 pandemic played a role in the past year’s surge in gun violence, it was not “the end-all, be-all, in my professional opinion here,” Shea said.

The commissioner put some of the blame for the surge in shootings on the state’s new bail reform law, which keeps criminal courts from setting cash bail for most nonviolent felonies and misdemeanors.

“We’re still going to have to grapple with so many of these problems that we’re seeing [post-pandemic],” he maintained. “The last three months… we have made staggering numbers of gun arrests, taking guns off the streets from felons, doing it almost always without a shot being fired, but when you look three days later, four days later, those individuals are back on the street committing more gun violence.”

Nine shootings took place across New York City on Monday — a figure that “would have [happened over] a full week” last year, he noted.

“It’s good to have philosophical discussions about ‘end mass incarceration’ and ‘end incarceration,’ but you don’t want to do it by turning the innocent public into jails in their own apartments and houses,” he said.

Criminal justice reform advocates have pushed back against NYPD claims that the state’s new bail law contributed to this year's increase in shootings.

An analysis of police data obtained by the New York Times in August found that the new law, as well as the “mass release of inmates from city jails” due to COVID-19, “played almost no role in the spike in shootings,” the outlet reported at the time.