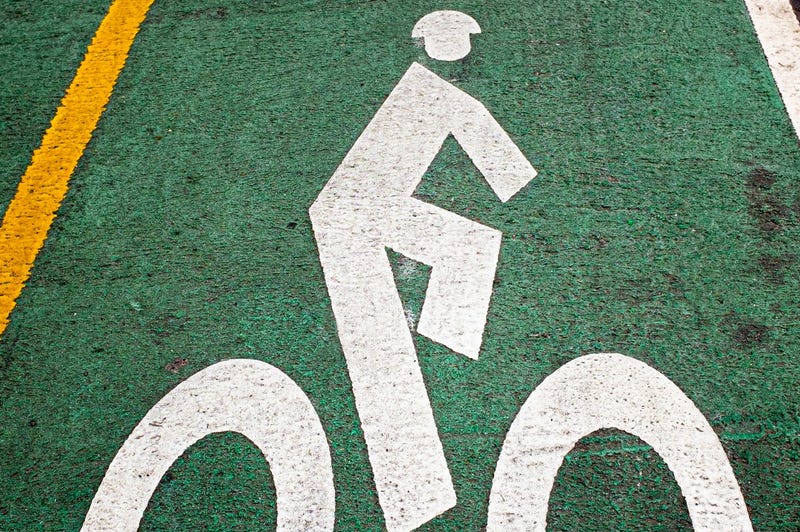 The city’s Department of Transportation officially wrapped up a “major transformation” of the E.L. Grant Highway in Highbridge Friday morning, de Blasio said in a release.

An average of 44 people were injured on the E.L. Grant Highway each year between 2013 and 2017, the release noted.

“E.L. Grant cuts through the heart of Highbridge, and the Bronx deserves safer and more reliable alternative transit options,” de Blasio said in a statement. “These transformative design changes will encourage bus and bike ridership, speed up Bronxites’ commutes and save lives.”

The new bus lanes “enhance a high-ridership corridor that had been plagued by double parking,” the release said.

The protected bike lanes, meanwhile, will shorten the time it takes to cross five highway intersections: one at Jerome Avenue; one at 170th Street; one at Shakespeare Avenue; one at Nelson Avenue; and one at Plimpton Avenue, according to the release.

“It is not often that one project can have such a dramatic impact on so many different road users, but with new red bus lanes and green bike lanes, E.L. Grant vividly shows the very best of what DOT can do,” DOT Commissioner Polly Trottenberg said in her own statement.