A person walks by a boarded up a T-Mobile store in Times Square on November 1, 2020 in New York City. Photo credit David Dee Delgado/Getty Images
By 1010 WINS Newsroom

NEW YORK (1010 WINS) -- Some Manhattan businesses boarded up their storefronts over the weekend, fearing demonstrations or unrest in the wake of Election Day on Tuesday.

Although the NYPD has been telling businesses not to board their windows, many in Midtown have, including big retailers like Nordstrom, Tiffany and Saks Fifth Avenue. Carpenters board up and paint the windows to an American Eagle store in Times Square on November 1, 2020 in New York City. Photo credit David Dee Delgado/Getty Images

Shops in SoHo and the Village have also covered their storefronts in plywood after experiencing looting during protests over the summer. Among them was Chanel on Spring Street. 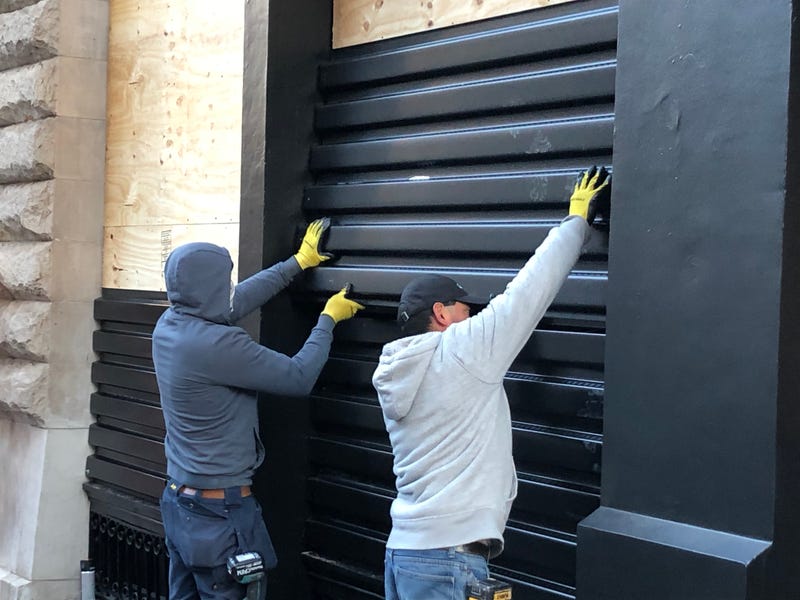 NYPD Commissioner Dermot Shea said while the department isn’t recommending businesses board up, it has asked shops in some areas, especially Midtown, to move objects like furniture, clothing racks, dumpsters and small planters from sidewalks.

The NYPD said it will have extra officers out on patrol as well.

The volunteer group Guardian Angels also said it would put over 4,000 members on city streets to stop any potential rioting. 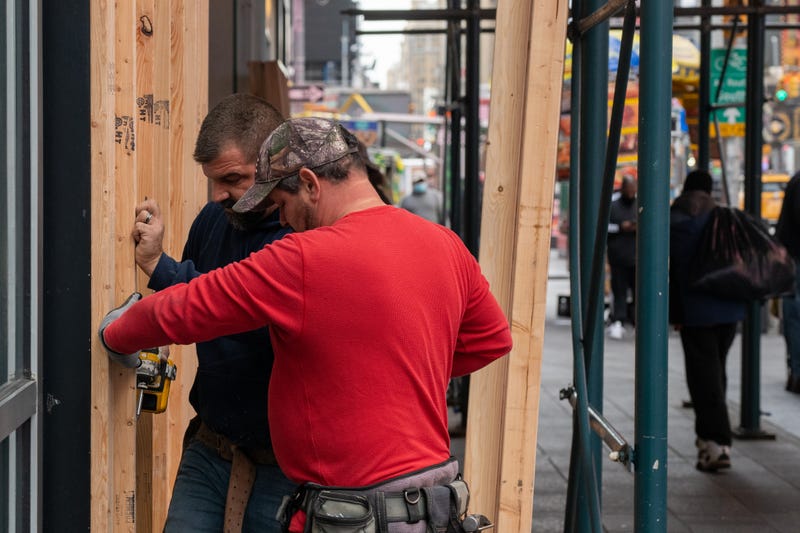 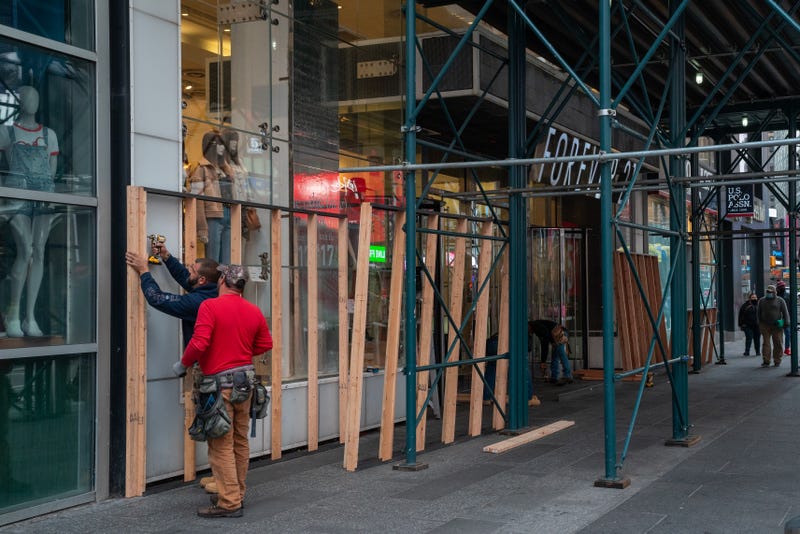