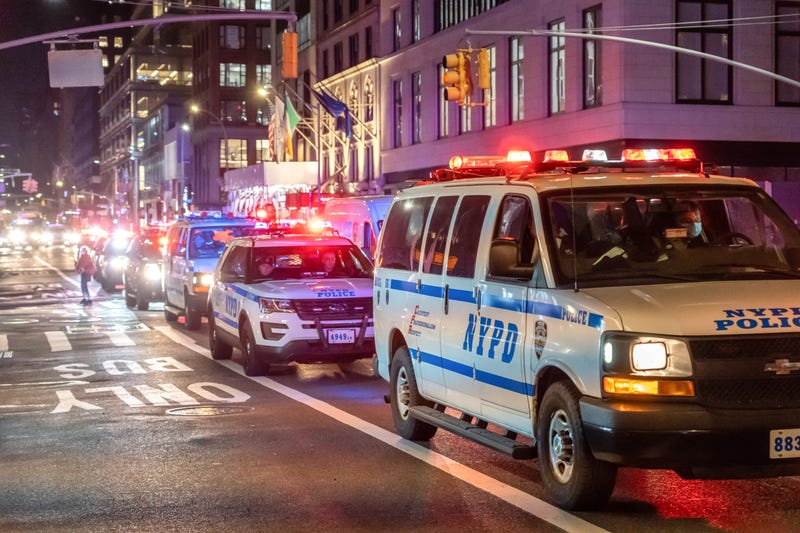 NEW YORK (1010 WINS) -- The NYPD said Friday that shootings so far in 2020 have “surged to levels unseen in years” as it released its latest crime statistics for the city.

In its November report, the NYPD said this year has “presented significant public safety challenges with gun violence continuing to afflict New Yorkers across the city.”

“As shootings continued their upward trajectory in November, citywide shooting incidents through the first 11 months of 2020 surged to levels unseen in years,” the department said.

“Still, shootings have victimized far too many,” the report said.

In November, there was a 112.5% increase in shootings citywide—115 this year compared to 51 last year.

Homicides were also up in November and the first 11 months of the year.

The NYPD said 28 people were murdered in the five boroughs in November, five more than last November.

The spike in street violence contrasts with crime overall, which has remained flat in the first 11 months of the year.

The report said the "ongoing COVID-19 outbreak ... continues to strain the city and its police" as officers work to combat crime.

However, hate crimes are “dramatically down” as of last month, the department said.

“Even as the pandemic prompted a spike in coronavirus-related hate crimes against those of Asian descent, it was swiftly addressed by the formation of an Asian Hate Crime Task Force that has so far helped to close 16 of 24 of those reported crimes with an arrest,” the report said.