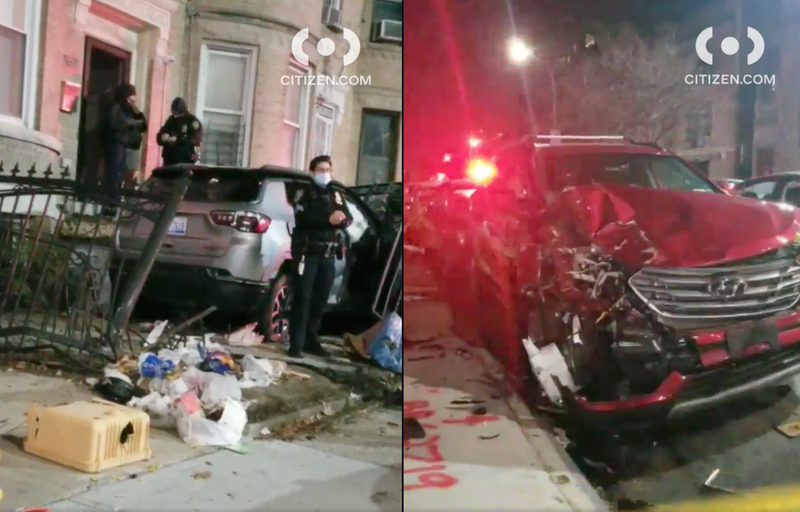 NEW YORK (1010 WINS) -- A hit-and-run driver jumped a sidewalk in Brooklyn on Friday morning before crashing into a parked car and through the front gate of a home, injuring two women, police said.

It all started when the driver slammed into a sidewalk pole at Lincoln Place and Rochester Avenue in Crown Heights at 2:10 a.m., according to police.

The driver then collided with a parked vehicle, crashed through the front gate of the home and landed by the front steps, police said.

A 53-year-old woman and 39-year-old woman who were sweeping at the home were struck and injured, according to police. Their condition was not immediately known.

The driver then fled the area with a female passenger, leaving the vehicle behind, police said.

Citizen App video shows the trail of destruction left by the driver, including an apparently severed sidewalk pole, a red SUV with heavy front-end damage and the obliterated front gate of the home.

The driver hadn’t been located as of Friday morning.