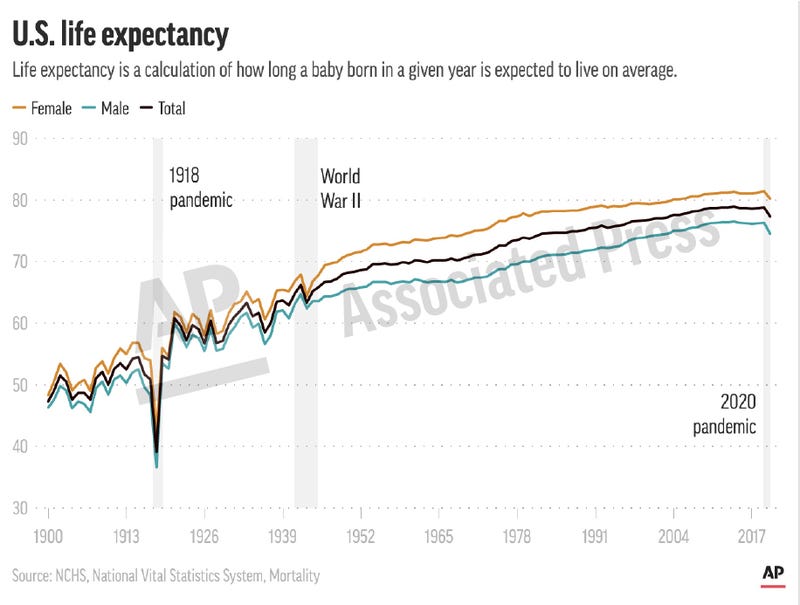 NEW YORK (AP) — U.S. life expectancy fell by a year and a half in 2020. That's the largest one-year decline since World War II.

The decrease for both Black Americans and Hispanic Americans was even worse. The figure is three years.

The Centers for Disease Control and Prevention released the calculations for 2020 early Wednesday.

The drop is due mainly to the COVID-19 pandemic. Health officials say it's responsible for close to 74% of the overall life expectancy decline.

Killers other than COVID-19 played a role. Drug overdoses pushed life expectancy down. And rising homicides were a small but significant reason for the decline for Black Americans.