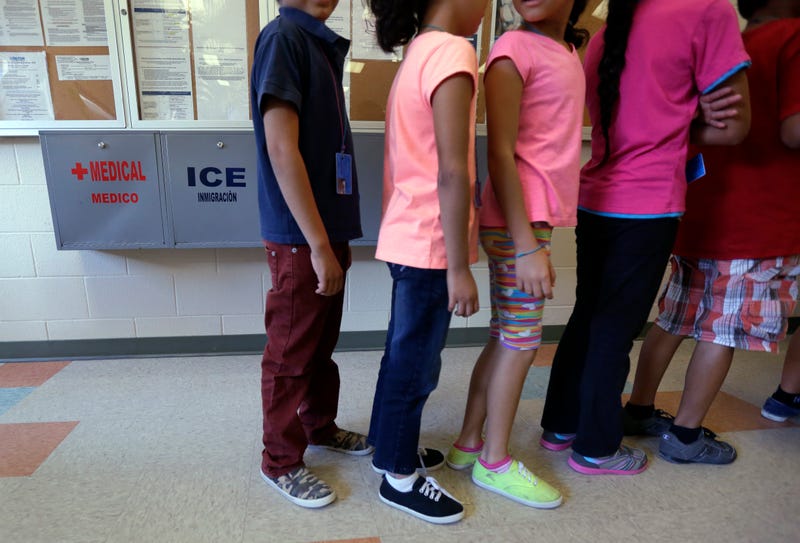 A memo issued Friday by the U.S. Department of Health and Human Services tells service providers to “temporarily increase capacity to full licensed capacity ... while implementing and adhering to strict COVID-19 mitigation measures.” It's not immediately clear how many beds will come available beyond the roughly 7,000 that were online last month. HHS' fully licensed capacity was over 13,000 beds late last year.

Some facilities have reduced their capacity by as much as half during the coronavirus pandemic. Meanwhile, hundreds of children waiting to be placed in HHS' system are being detained by the U.S. Border Patrol in tent facilities or large, cold cells unequipped to hold minors. Images and stories of packed Border Patrol cells in 2018 and 2019 sparked outrage, with accounts of families and young children fending for themselves without adequate food and water.

Lifting pandemic-related caps could increase the risk of spreading the coronavirus within HHS facilities, especially as far more children enter the system. But the organizations that run HHS facilities and some advocates have pushed for more beds to made available if done safely, rather than the alternative of keeping kids in Border Patrol facilities longer or placing them in costly, unlicensed emergency centers.

“Given the nature of the COVID-19 pandemic, there is no 0% risk scenario, particularly in congregate settings,” says the memo, first reported by CNN. “Therefore, ORR facilities should plan for and expect to have COVID-19 cases.”

HHS has previously authorized facility operators to bill the government for travel expenses when a child is released to a parent or other sponsor. Some families cannot easily afford the hundreds of dollars to fly a child and a guardian, and disputes over payment can sometimes delay a child's release for several days.

Agents are apprehending around 400 children a day unaccompanied by a parent or guardian, a sharp increase since last month. There are concerns that those numbers will continue to rise.

Biden ended a practice under former President Donald Trump of expelling unaccompanied children under a public-health declaration enacted during the pandemic, though his administration continues to expel immigrant families and adults. Some former Trump administration officials have accused Biden of inspiring immigrants to try to enter the U.S. illegally, even though the numbers under Biden have not approached their peak under Trump.

The practice of expelling children was sharply criticized and often returned them to dangerous situations without having given them the chance to seek asylum or speak to a lawyer. The Associated Press has reported that the underlying public-health declaration was issued under pressure from former Vice President Mike Pence.

Trump issued a statement Friday alleging that the “border is now totally out of control thanks to the disastrous leadership of Joe Biden.”

“We don't take our advice or counsel from former President Trump on immigration policy, which was not only inhumane but ineffective over the last four years," White House Press Secretary Jen Psaki responded Friday. “We're going to chart our own path forward, and that includes treating children with humanity and respect and ensuring they're safe when they cross our borders.”

In recent days, Biden has also been criticized by Texas Gov. Greg Abbott and other Republicans for the releases of immigrant families in South Texas. Border authorities have stopped expelling families with young children out of some Texas cities due to a policy change in Mexico's Tamaulipas state. In several cities, local governments and advocacy groups test newly released families for COVID-19 and direct those with the virus to shelters or hotel rooms set aside for them.