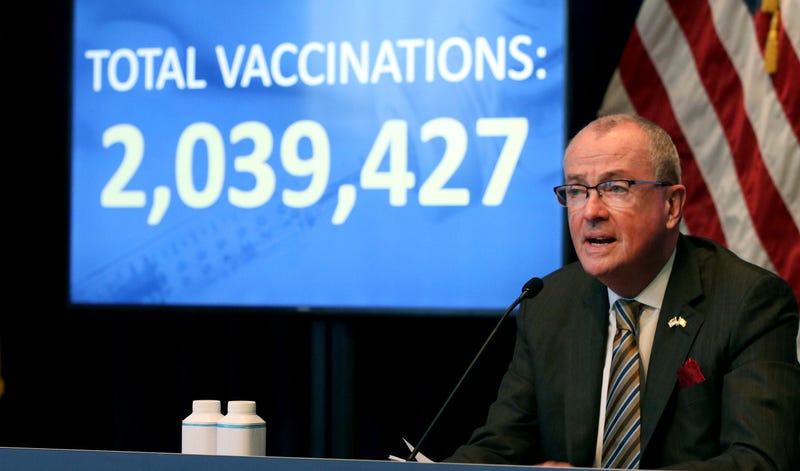 TRENTON, N.J. (AP) -- Rebuffed by the Democrats who control the Legislature, New Jersey Republican lawmakers Friday conducted their own hearing on Gov. Phil Murphy's management of the coronavirus pandemic, questioning his administration's handling of the virus in nursing homes.

The committee met for the first time Friday remotely with testimony set to be given by doctors, nurses, nursing home operators, veterans homes residents and others.

The policy made headlines because of news that New York released 9,000 previously unknown virus patients into facilities under a similar policy.

New Jersey's policy hasn't been linked to a similar figure, but the legislators questioned if there could be deaths connected to the policy because the administration hasn't given a full accounting of its handling of the pandemic.

In part, that's because Murphy's administration declined to make health department officials available. Democratic lawmakers also did not join them to form a select committee with subpoena power that could compel Murphy administration officials to testify at the hearing.

“We're not going to get the answers that we're entitled to,” state Sen. Kristin Corrado said. “They owe the victims and their families an answer.”

Murphy was asked about the GOP-led committee this week and said he didn't “begrudge anyone's right to assess what's going on.” He also said the state “got clobbered” in long-term care facilities and attributed it to part of the state being close to New York.

Murphy also alluded to the March 31 directive and noted that while nursing homes were not to turn COVID-19 patients away from such facilities, they were also required to separate residents who were positive.

Murphy's administration rescinded its nursing home policy on April 12, about a month before New York.