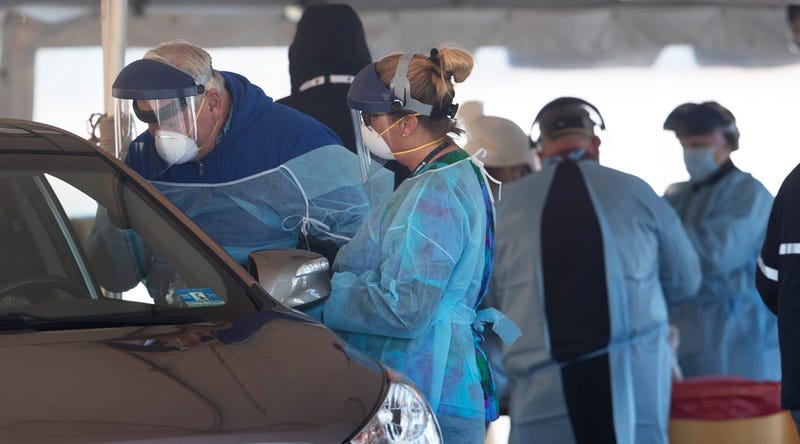 Hospitalizations were at 2,552 patients, up from 2,505 on Friday. There were 486 patients in intensive care and 232 on ventilators.

Earlier this week, the governor implored people to avoid Thanksgiving and other holiday gatherings outside their immediate family “bubble.”

“We have to get into a different mindset for the next six weeks, and put our health and the health of our loved ones before our want to party,” Murphy said.

New Jersey Gov. Phil Murphy urges people to “stay with their immediate family and don't go outside [their] bubble” this Thanksgiving.

“That's behavior we need right now, not just for next Thursday…but for the next couple of months.” https://t.co/4YHaNdBsMz pic.twitter.com/khRR9Y6dun

Two weeks ago, Murphy halted indoor dining between 10 p.m. and 5 a.m., and last week he lowered the limit on indoor gatherings from 25 people to 10.

Newark Mayor Ras Baraka said Thursday that he’ll ask residents of the state's largest city to stay home for 10 days starting next week, right before Thanksgiving, in response to a rising number of cases.

Mayor Ras Baraka said in a radio interview that beginning next Wednesday, city residents should shelter in place and only go outside if absolutely necessary.