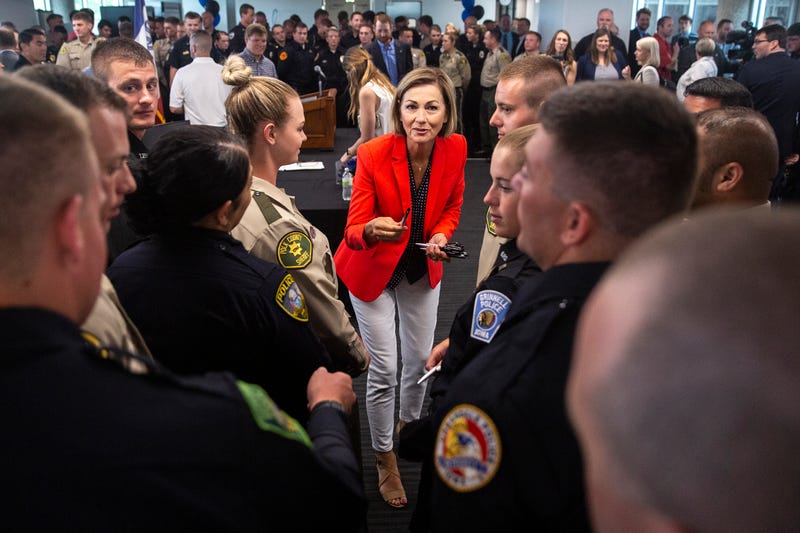 COLUMBUS, Ohio (AP) — After a year of protests over police brutality, some Republican-controlled states have ignored or blocked police-reform proposals, moving instead in the other direction by granting greater powers to officers, making it harder to discipline them and expanding their authority to crack down on demonstrations.

The sponsors of the GOP measures acted in the wake of the nationwide protests that followed George Floyd’s death, and they cited the disturbances and destruction that spread last summer through major U.S. cities, including Portland, New York and Minneapolis, where Floyd died at the hands of officers.

“We have to strengthen our laws when it comes to mob violence, to make sure individuals are unequivocally dissuaded from committing violence when they’re in large groups,” Florida state Rep. Juan Fernandez-Barquin, a Republican, said during a hearing for an anti-riot bill that was enacted in April.

Florida is one of the few states this year to both expand police authority and pass reforms: A separate bill awaiting action by the governor would require additional use-of-force training and ensure officers intervene if another uses excessive force.

States where lawmakers pushed back against the police-reform movement included Arizona, Iowa, Oklahoma, Tennessee and Wyoming, according to an Associated Press review of legislation.

Iowa Gov. Kim Reynolds signed a bill Thursday to expand qualified immunity for police officers and enhance penalties for protesters, including elevating rioting to a felony.

“This is about protecting law enforcement and giving them the tools they need to keep our communities safe and showing them that we have their back,” said state Rep. Jarad Klein, a supporter of the bill.

The bill passed the GOP-controlled Legislature despite promises last summer by the Republican governor and GOP legislative leaders to try to end discriminatory police behavior and adopt other criminal-justice reforms.

Reynolds introduced measures at the start of the 2021 legislative session to ban racial profiling by police and establish a system for tracking racial data on police stops. Both ideas were recommended by a task force the governor appointed in November 2019.