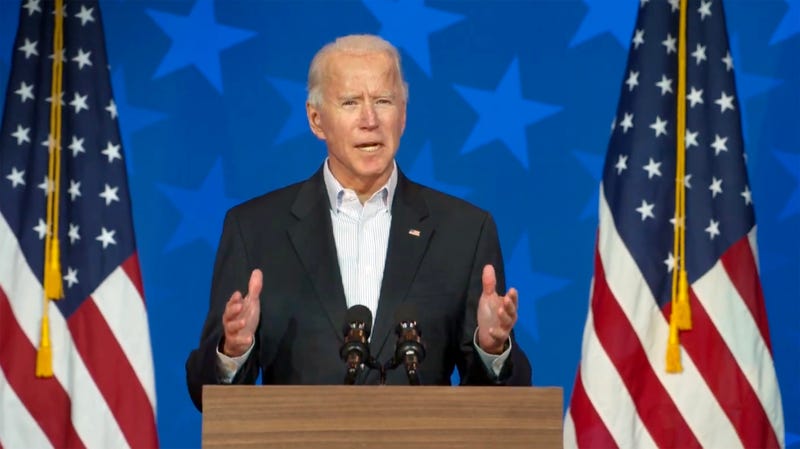 NEW YORK (1010 WINS) -- The Secret Service is reportedly ramping up security for Democratic presidential candidate Joe Biden in anticipation that he may soon declare victory in the 2020 race.

A squad of Secret Service agents were added to protect Biden, sources told the Washington Post, which reported that the additional security would begin Friday.

Biden’s campaign told the agency that Biden planned to remain at the Chase Center on the Riverfront in Wilmington, Delaware, for at least another day. The campaign also said the former vice president may make a “major speech” as soon as Friday, according to the report.

Thousands of ballots are still being counted in key battleground states like Georgia, Nevada and Pennsylvania, with projections showing Biden is closing in on the 270 electoral votes needed.

According to the Post, the Secret Service could wait until the Electoral College meets in December to certify the vote before treating a candidate as president-elect—but the agency may feel the need to beef up protection before next month.