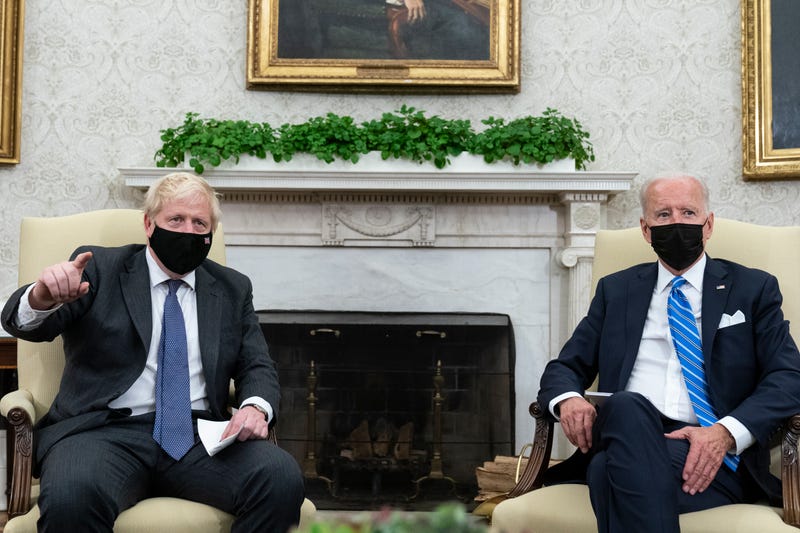 Could the “very special relationship” between the U.S. and the United Kingdom become even more secure now that President Joe Biden and Prime Minister Boris Johnson have bonded over their shared love of trains?

Biden famously rode Amtrak almost daily between his home in Wilmington, Delaware, and Washington during his 36 years as a U.S. senator. He rode the rails when he was vice president, too.

Johnson hopped aboard an Amtrak train in New York City on Tuesday, after addressing the U.N. General Assembly, to get to a White House meeting with Biden.

“Amtrak Joe” — a nickname the president earned for his regular commutes — took note as the leaders exchanged pleasantries while opening their meeting in the Oval Office.

“You came down on Amtrak, is that right?” Biden said.

Johnson replied that he, in fact, did. “And you are a living deity on Amtrak, I can tell you,” he replied.

Biden joked that he has traveled so many miles on Amtrak — millions, he says an Amtrak conductor once told him — that “if I were a conductor I'd be No. 1 in seniority.”

“I thought they should name the railroad after me or something,” the president added.

Johnson quickly noted: “They named the station after you. It's big news.”

Amtrak renamed its Wilmington station after Biden in 2011, when he was vice president. Johnson's train would have stopped there on the way to Washington.

Johnson told Biden that he shares his “belief in transport infrastructure, particularly trains.”