NEW YORK (1010 WINS) -- The backlash against Donald Trump following last week's siege on the U.S. Capitol by his supporters continues: this time it's "Home Alone" fans who are asking Disney to remove the president's cameo in the 1992 sequel "Home Alone 2: Lost in New York" and replace him with President-elect Joe Biden. 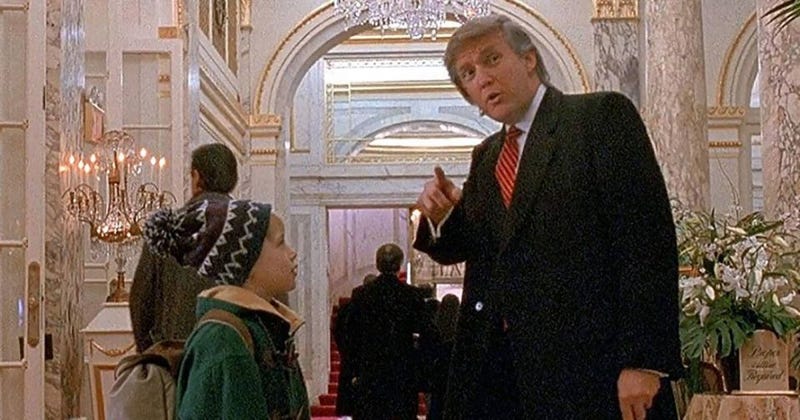 A Change.org petition has been launched, but so far, it has garnered about 150 signatures.

"Home Alone 2 is tarnished," reads the petition. "It has a racist stain on it in the shape of Donald J Trump. I petition that he be edited out of the film and replaced with Joe Biden. Nothing ruins holiday cheer like a sexist, xenophobic, race-baiting bigot. For the sake of future generations, Trump must be replaced."

The petition concludes, "Please, save Christmas. Edit Trump out of this Hollywood classic."

One Twitter user took it upon himself to edit Trump out of the scene:

due to popular request I have removed trump from home alone pic.twitter.com/HoTA2csMl4