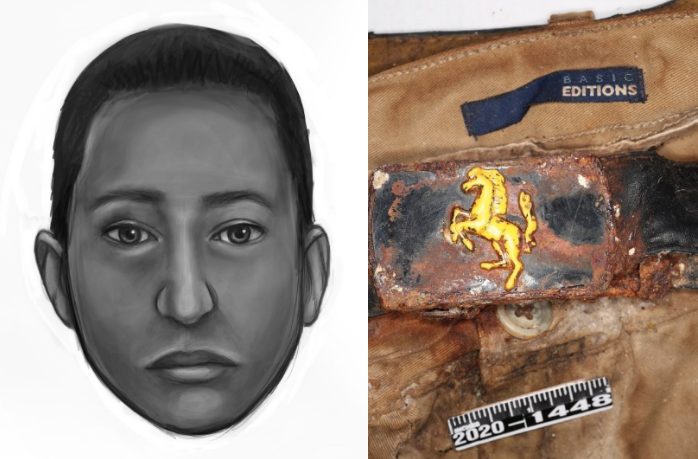 A sketch of the victim, left, and the victim's belt, right. Photo credit Suffolk County Police Department
By Maya Rajamani

NEW YORK (1010 WINS) -- Police on Long Island have asked the public to help them identify a “victim of violence” whose skeletal remains were found behind a home in Centereach this past March.

A 911 caller found the person’s remains behind a home on Jay Road around 5:25 p.m. on March 15, Suffolk County police said Wednesday.

The male victim may have been between the ages of 15 and 21, was either white or Hispanic, stood between 5-foot-3 and 5-foot-5 inches tall and wore size 4.5 men’s sneakers, police said. 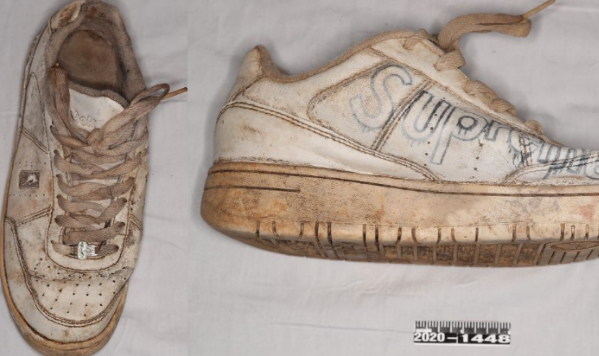 Police believe he was dead for about a year before his body was found, the department said. They also believe he was a “victim of violence," but did not say how he died.

The department on Wednesday released photos of the victim’s belt and sneakers, as well as a sketch of his likely appearance.