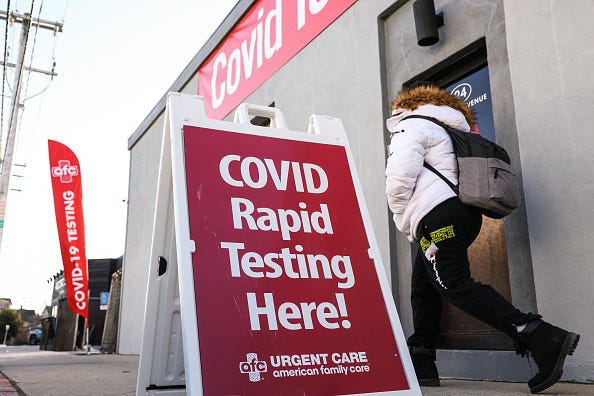 A woman walks past an advertisement for COVID-19 rapid testing outside of the American Family Care (AFC) Urgent Care, in Patchogue, New York, on January 11, 2022. Photo credit Steve Pfost/Newsday RM via Getty Images
By Kyle Kandetzki

Meanwhile, hospitalizations dropped by over 200 to 12,452, still a staggering rise from under 2,000 just two months ago. But there’s hope that the worst of the virus hospitalizations could be behind the state.

January’s hospitalization numbers outpaced last winter’s peak, but as of now the figures are still less than the nearly 19,000 patients in state hospitals at the beginning of the pandemic. The overall statewide positivity rate also continued to drop, now down to 16.93%. At this point a week ago, the rate was 22.3%.

"Even as the rate of new infections continues to move in a promising direction, too many New Yorkers are getting sick, being hospitalized or tragically losing their lives -- we must remain vigilant in our fight against the virus," Gov. Kathy Hochul said. "We can't afford to reverse the progress we've made fighting this winter surge. Let's continue to use the tools at our disposal to stop the spread."

On Thursday, President Joe Biden announced that the federal government is sending a “surge” of military medical teams to New York, New Jersey and four other states to help at hospitals overrun with COVID-19 patients.

Among those getting help will be Coney Island Hospital in Brooklyn. 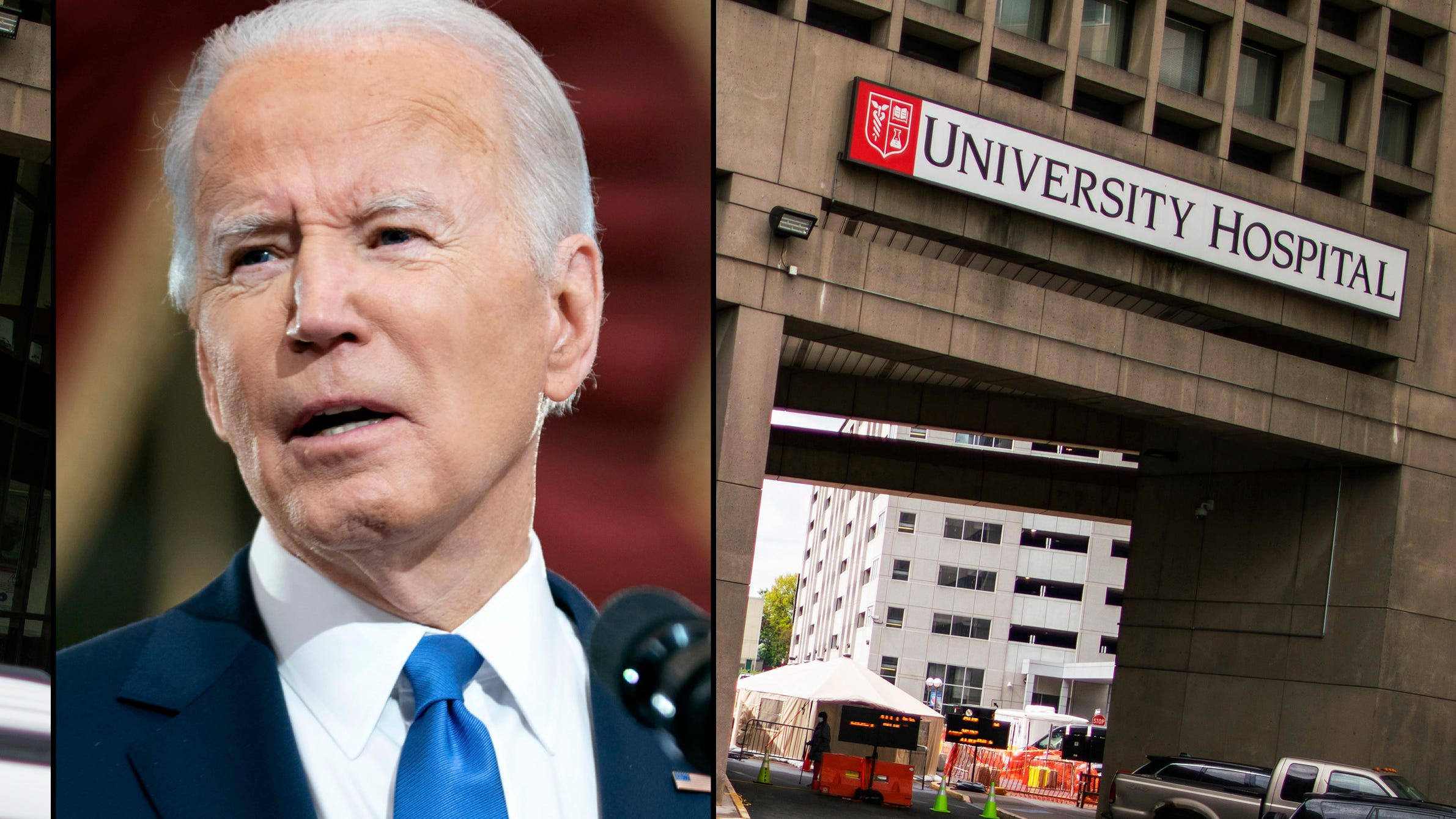 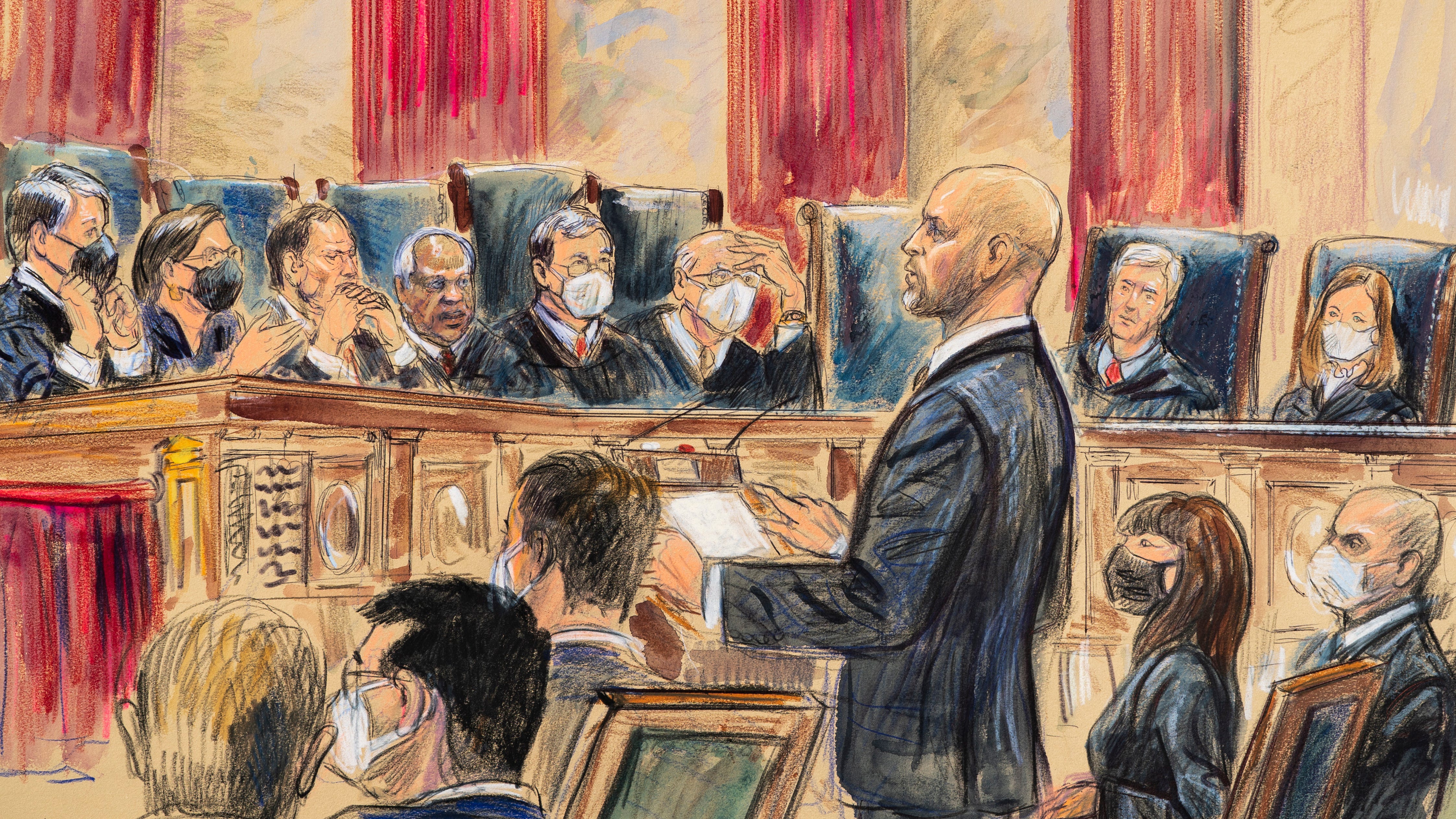