NEW YORK (1010 WINS) -- Disturbing surveillance footage that shows the moment a man was fatally shot in the head outside a Bronx bodega in broad daylight over the weekend.

The video shows as the victim wearing a yellow jacket, opens the door to the G&K Deli on Rosedale Avenue in Van Nest about 5:15 p. m. on Friday.

The Daily News identified the victim as 35-year-old Travis Brooker.

Before entering, Brooker stops to exchange words with two a man leaving the deli and another man standing outside with an Adidas backpack, who are both dressed in black.

The man arguing with Brooker suddenly punches him in the face causing him to stumble into an ice machine on the sidewalk.

Brooker then pulls what appears to be a gun out of his pocket, the man with the Adidas backpack is seen pointing a firearm and shooting Brooker twice, sources told the New York Post.

The suspects and a third man leaving the bodega as the shots were fired fled the scene, officials said.

Brooker was taken to Jacobi Medical Center where he was pronounced dead.

There have been no arrests made, and an investigation is ongoing. 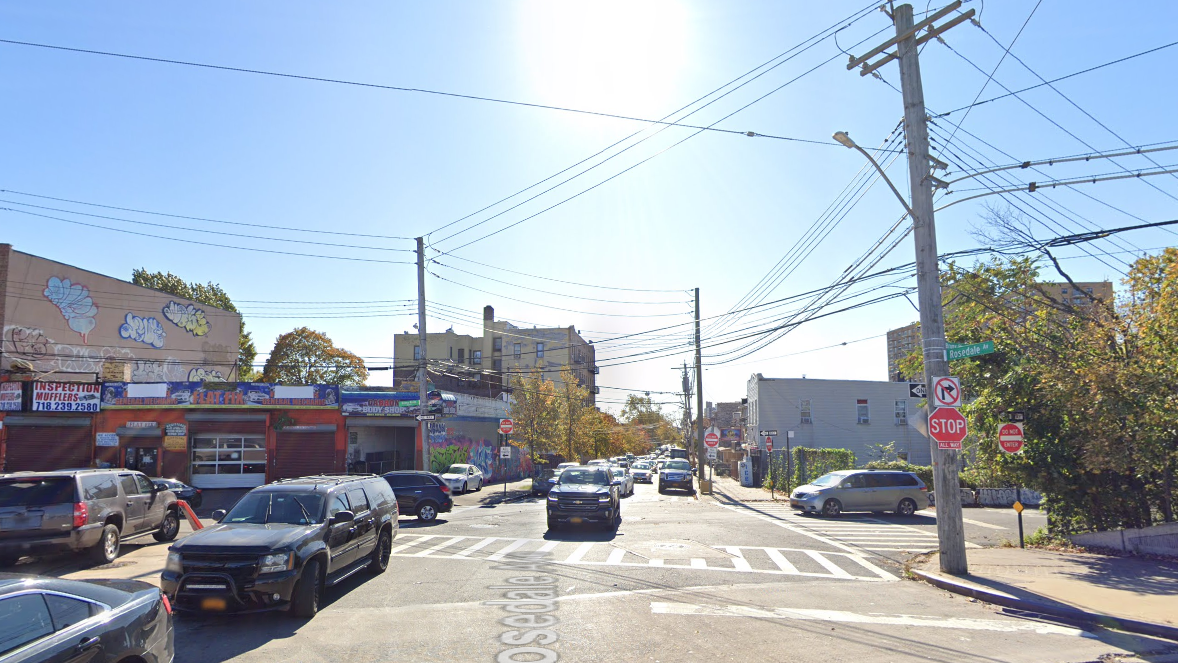 Man, 35, shot and killed during argument on Bronx street