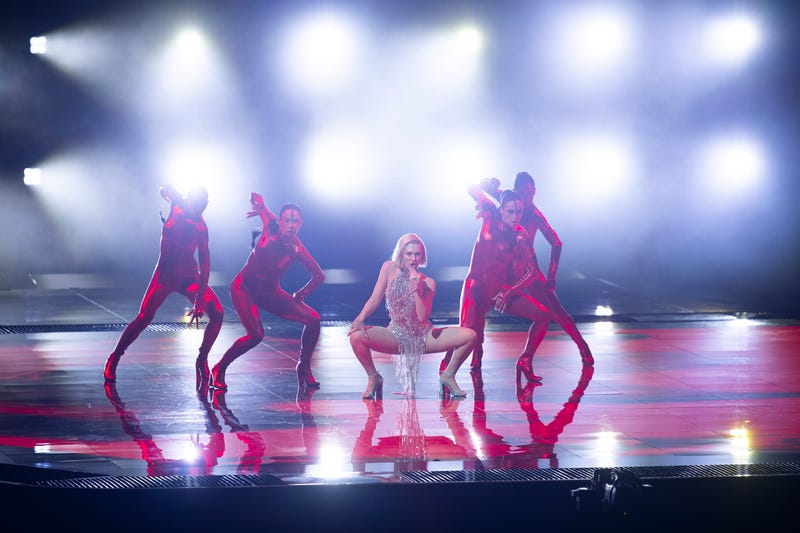 After last year's Eurovision Song Contest was canceled amid the global COVID-19 pandemic, it is roaring back to life this year with coronavirus bubbles added to its heady mix of music and melodrama.

National delegations traveling to the Dutch port city of Rotterdam are abiding by strict measures to reduce the risk of infections, while the thousands of fans allowed to attend dress rehearsals, two semifinals and the grand final on Saturday will have to undergo testing to ensure they do not bring the virus into the cavernous venue.

Executive producer Sietse Bakker is glad it's going ahead at all.

“Organizing the Eurovision Song Contest is always challenging because you have less than a year to organize one of the biggest and most complex events in Europe, but to do it in a pandemic is much, much more complicated," he told The Associated Press.

Despite the pandemic measures, the contest that aims to unite Europe in song is continuing its 65-year tradition of upbeat fun.

Fans near the Ahoy arena can get into the swing of the event early. Traffic lights at a pedestrian walkway outside the venue have been transformed so that a green figure dances to Abba's iconic 1974 winning song “Waterloo” when it's safe to cross.

Belarus was booted out before the contest even started because organizers the European Broadcasting Union said the country's original song “puts the nonpolitical nature of the Contest in question.” A replacement song also was rejected.

The theme for this year's Eurovision Song Contest is “Open up.” It was actually chosen before the pandemic derailed public life around the globe, but is now very apt as Europe begins to tentatively emerge from the coronavirus pandemic.

“We decided to keep the theme because, especially in these times, it’s important that we are open towards each other and that we feel the possibility to open up to one another, to show our true feelings, emotions and thoughts,” Bakker said.

The 2019 Dutch winner, Duncan Laurence, says on the event's website that he sees music as a way of forging links. “That's why we need the Eurovision Song Contest. To feel connected again.”

Thousands of fans will be able to make the connection in person.

Each event will be open to 3,500 people — only about 20% of the capacity of the arena — who must show a negative test result that is less than 24 hours old.

The top 10 from each semifinal joins France, Germany, Italy, Spain and the United Kingdom — together with host country the Netherlands — in the final. Voting is conducted in each participating country by a panel of music industry experts and viewers.

The pandemic forced the cancellation of last year's event and this year prevented Australian singer Montaigne from flying to Rotterdam. The Netherlands is hosting the event because the country won the last time the contest was held, in 2019.