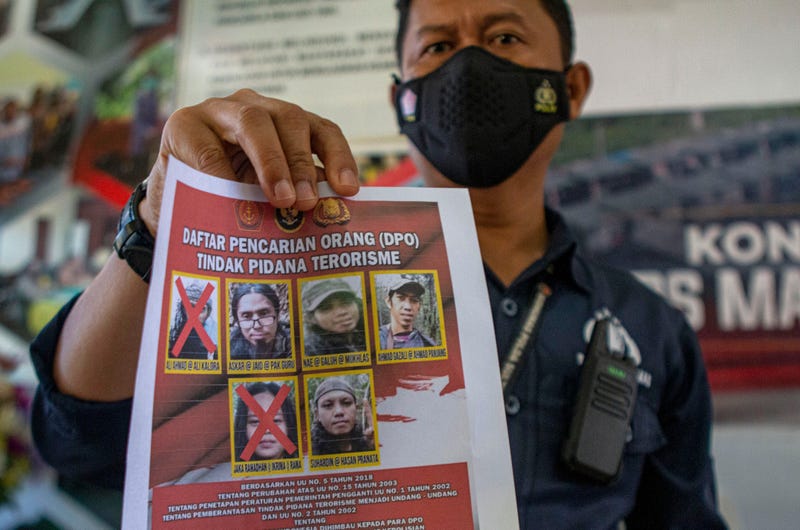 PALU, Indonesia (AP) — Indonesia’s most wanted militant with ties to the Islamic State group was killed Saturday in a shootout with security forces, the Indonesian military said, in a sweeping counterterrorism campaign against extremists in the remote mountain jungles.

Ali Kalora was one of two militants killed in the raid, said Central Sulawesi’s regional military chief Brig. Gen. Farid Makruf. He identified the other suspected extremist as Jaka Ramadan.

“Ali Kalora was the most wanted terrorist and leader of MIT,” Makruf said, referring to the Indonesian acronym of the East Indonesia Mujahideen network, a militant group that pledged allegiance to the Islamic State in 2014.

He said that security forces were searchin