Gleyber Torres was not in the Yankees’ lineup for Monday’s series opener against the Athletics, with DJ LeMahieu taking his spot at second base – but not for the reason you might think.

The ankle that Gleyber rolled in the ninth inning of Sunday’s walk-off win over Houston, and forced him out of the game? That’s fine, but he did receive a cortisone shot in his wrist after an MRI earlier Monday revealed inflammation.

“Not that big of a deal, just a typical ankle roll,” manager Aaron Boone said, “but this is something that’s been bothering him for a while, so he’s out for today and tomorrow.”

Torres was mired in a 2-for-22 slump over the last seven games when he rolled his ankle trying to get back to third on a pickoff play in the ninth inning Sunday, falling to the ground in pain and easy prey for a tag for the final out of that frame.

He was led off the field by Boone and team trainers, and the Yankees thought it was just a “mild” sprain, hopeful they “dodged a bullet there.”

Seems, however, as if that bullet traveled a little north, but again, hopefully, Gleyber will be okay in a few days once the cortisone kicks in, even if he’s out for the first two games of the series. 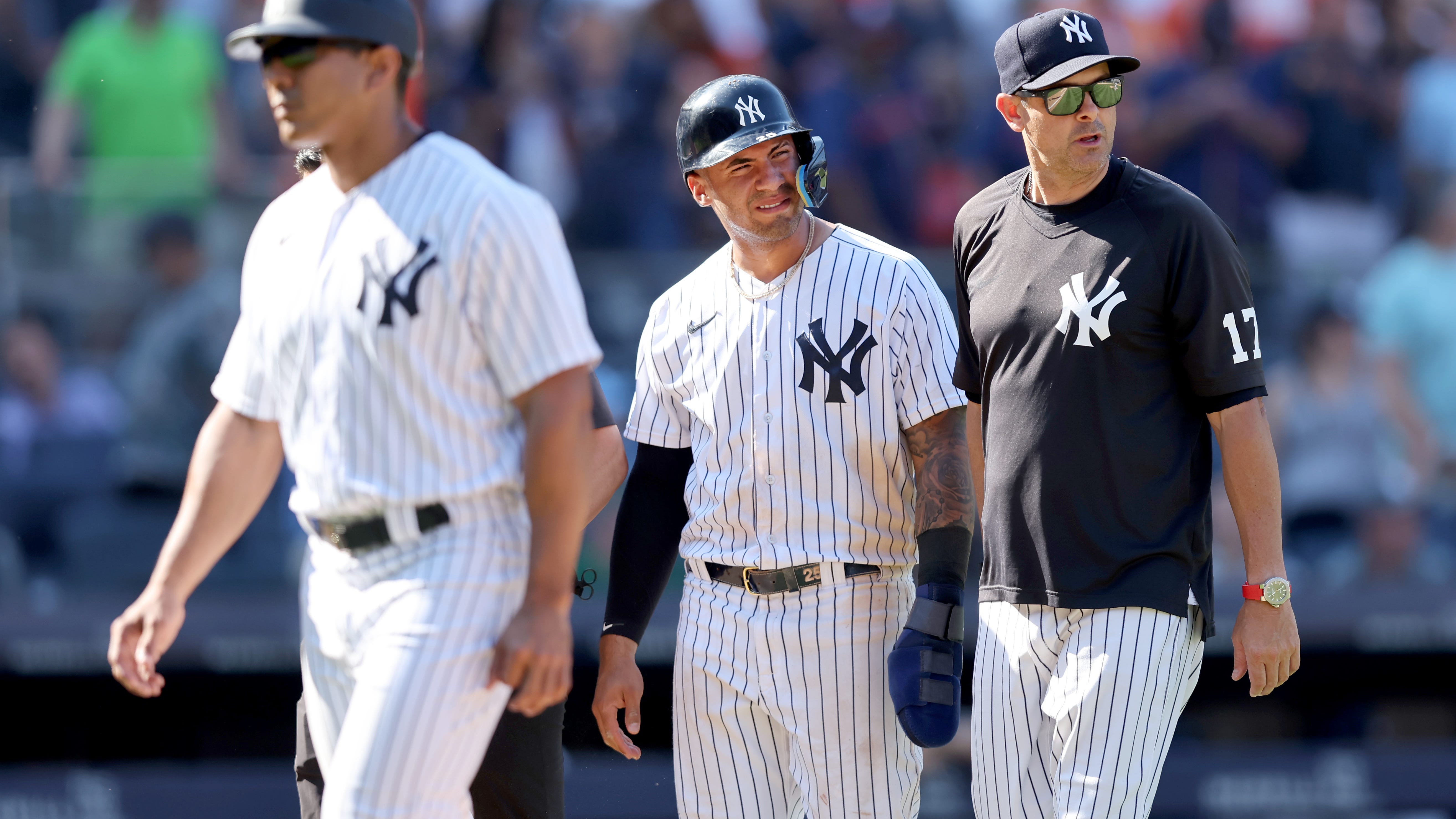 LeMahieu will play second in the interim, and Marwin Gonzalez started at shortstop Monday night in place of Isiah Kiner-Falefa, who has a fingernail bruise after a bunt attempt Sunday. Matt Carpenter can also play second or third base in a pinch if the Yankees need to spell another infielder.