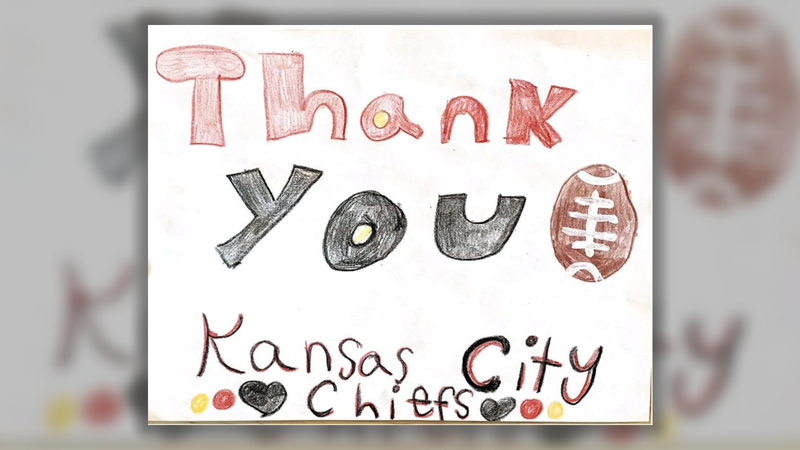 Kansas City, MO – While Chiefs Kingdom was still basking in the glow of the overtime playoff win against the Buffalo Bills, an effort to soften the blow for the Bills was underway.

Before the agony of Sunday's overtime loss to the Kansas City Chiefs settled in for the "Bills Mafia" and the team itself, a Chiefs fan group was rallying people to donate $13 to to the Patricia Allen Fund, named after the late grandmother of Bills quarterback Josh Allen.

The $13 amount was a play on the 13-second drive that led to the Chiefs winning one of the most competitive and entertaining NFL playoff games of all-time.

Much respect to #BillsMafia from #ChiefsKingdom pic.twitter.com/FfxwQ1164T

"It feel so wonderful," said Oishei Children's Hospital President, Allegra Jaros in a WBEN interview late Wednesday. "I'm so proud to be a Buffalonian."

#ChiefsKingdom our team in the Patricia Allen Pediatric Recovery Wing thanks you for donating $312,800 from more than 15,800 donors! This team works hard caring for the kids in WNY & your donations help ensure they have all the tools needed to be ready to help ❤️ #BillsMafia pic.twitter.com/QOGKuji8Sc

Jaros says while most of the donations came in increments of $13, there was one individual donation as high as $4,000, out of nearly 16,000 donations (so far) since the game Sunday. Jaros calls it an incredible show of respect.

And now the effort to raise money for the fund has branched out beyond the respective fan bases. Sports betting site Fan Duel has stepped up to donate $52,000 to the fund.

Inspired by the #ChiefsKingdom and #BillsMafia fan bases, FanDuel is donating $52,000 to Oishei Children’s Hospital (@OCHBuffalo)

That’s $13,000 for each Josh Allen to Gabriel Davis TD in last Sunday’s epic showdown vs. KC

The Patricia Allen Fund was founded after Bills fans discovered Allen played a game after learning of the death of his beloved grandmother in 2020. The money in the fund is primarily used for the pediatric critical care team at Oishei.

"It's a wonderful gesture to bring something wonderful out of a heartbreak," said Jaros.