Aaron Judge once again did not hit his 61st home run of the season, instead going 0-for-3 with a walk in the Yankees’ win over Boston Saturday. Since hitting No. 60 in the ninth inning Tuesday, Judge is 3-for-13 with five walks, but starting with those 10 outs he has made, manager Aaron Boone doesn’t think Judge has looked like he’s pressing at all.

“I think he’s been on stuff all week, this whole series. Pivetta had a good fastball going early, and I thought he got some good swings off him and just missed a few balls,” Boone said. “That happens sometimes, where you get your good swing off and put it on the net. He got under one again today and skied it to center, and then as that game unfolds, you start getting in the shadows, and you have Schreiber, who is about as tough as it gets right on right…so I think he looks exactly the same to me as he has all year.”

One of today’s outs was a strikeout, where Judge thought he checked his swing – and to the shock of some, he seemingly let the umpires know about it. Uncharacteristic for Judge, it seems…unless you’re his skipper?

“I don’t think that’s unusual for him. It’s like when DJ (LeMahieu) claps his hands, and people say “oh, DJ uncharacteristically showing emotion.” Judgey reacts, he just doesn’t go argue with you,” Boone said. “I think it was a case where he felt he checked his swing, simple reaction, but he was locked right in.”

As for the walks, well, sure, some teams or relievers may choose to pitch to Judge carefully, but even teams like the Red Sox and Pirates, who are playing out the string, aren’t always trying to put guys on base, especially given Judge is the leadoff hitter. 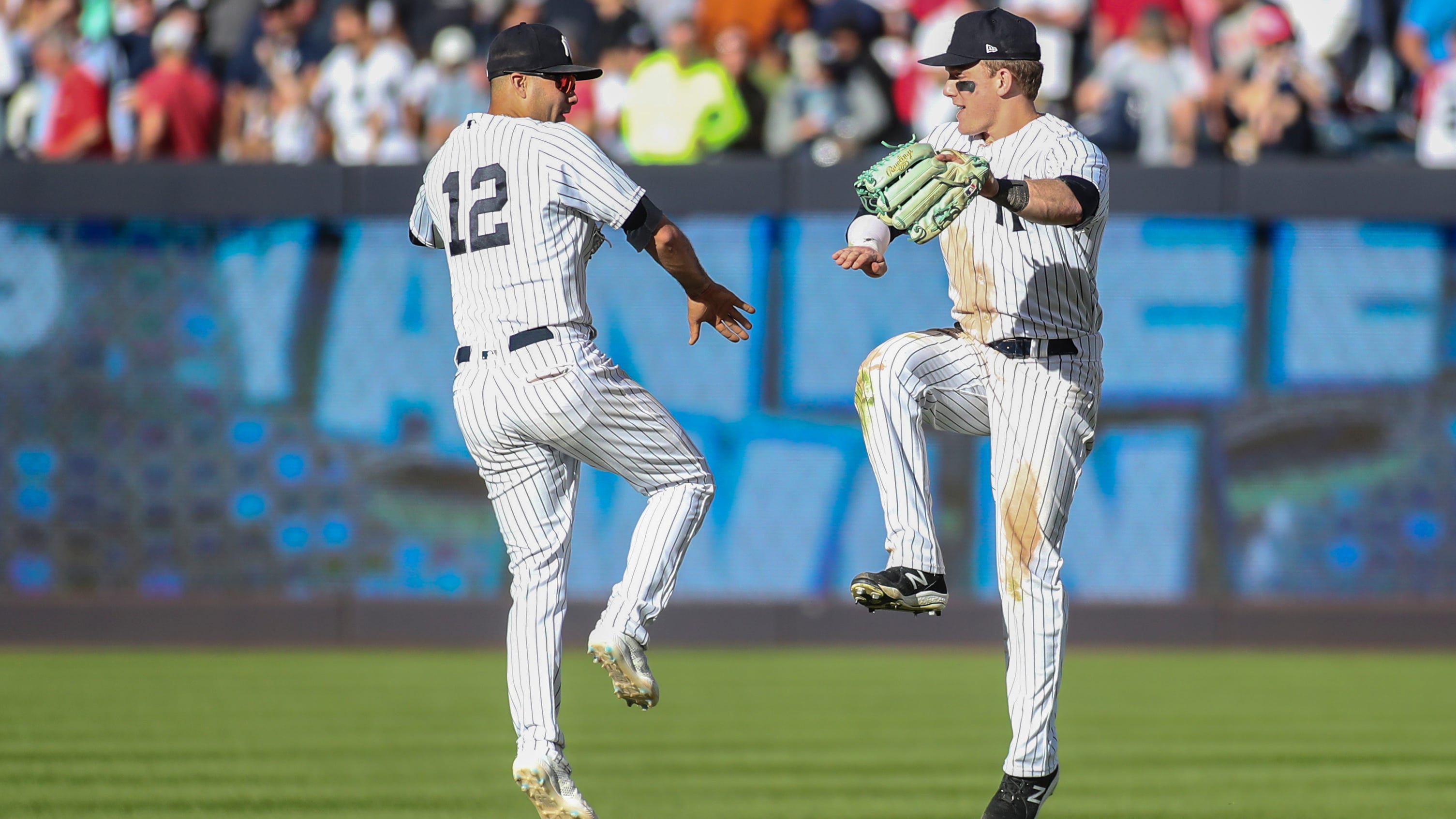 “Walking guys consistently, you’re play with fire, so in some of these cases, it’s not a case of not giving in, it’s a case of not executing command wise,” Boone said.

As for the three hits? Well, in a scene you may never see otherwise, those have actually drawn some boos or half-hearted reactions, as the fans always want Judge’s next hit to be No. 61. Boone gets that, but doesn’t think that’s affecting Judge, either.

“I feel that more than probably he does. This is the ultimate competition at the highest level, and even for a guy who hits 60 home runs, he still doesn’t hit them every day,” Boone said. “A lot of things have to line up for someone to go deep even for the best. As long as he continues to have good at-bats and make good swing decisions, it’ll happen sooner than later.”

Nor is all of this attention affecting the team, clearly, as they’re 5-0 on the homestand and have won six in a row overall – in fact, they may be thriving off of it, and hoping No. 61 comes soon.

“I think obviously he’s beloved in there and everyone wants him to get it, and maybe it’s added eyeballs and attention and intensity is ratcheted up a bit, so maybe there’s a little heightened sense of focus and energy,” Boone said, “but it’s a tough game, and I look forward to him taking another crack at it tomorrow.” 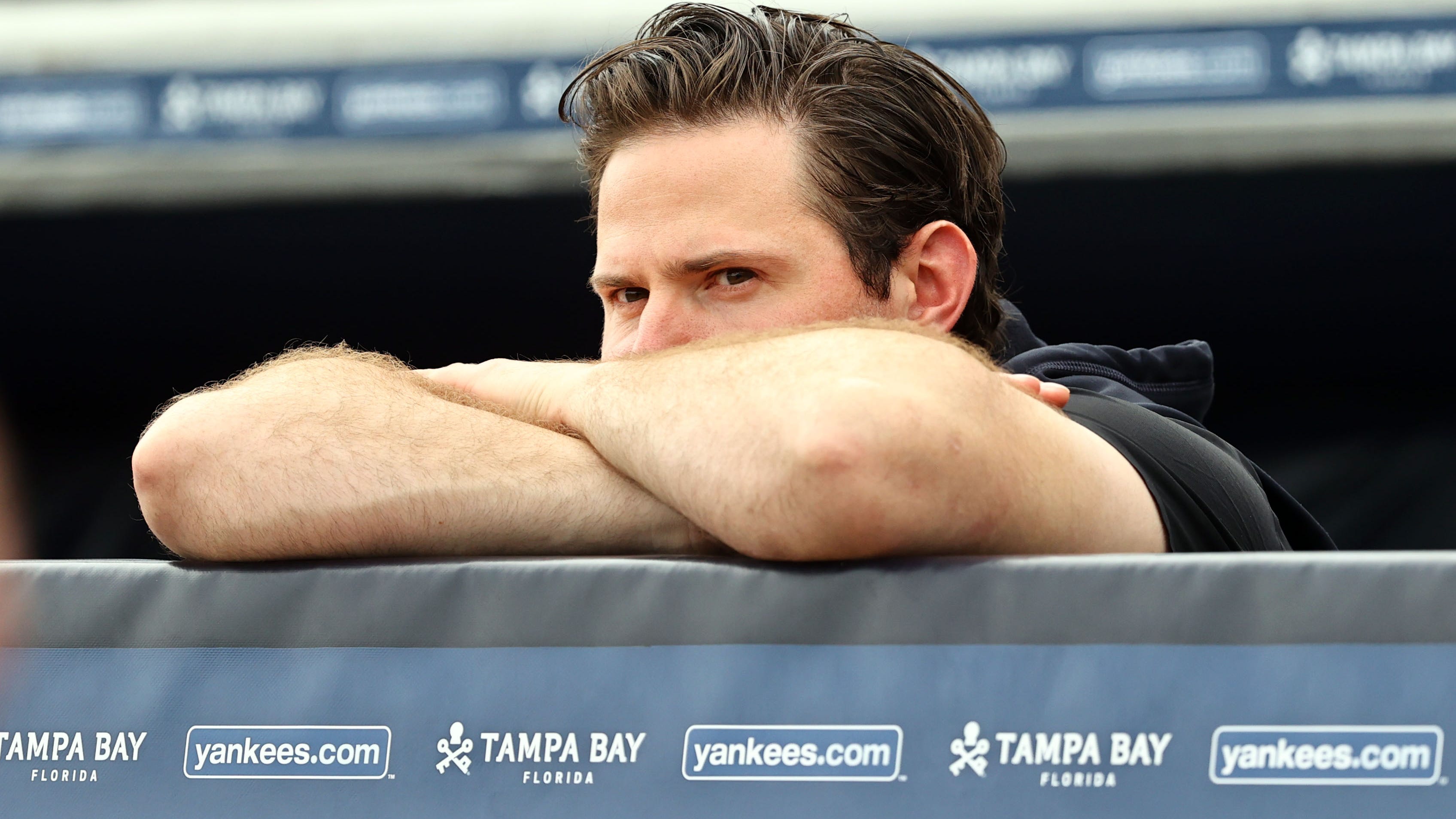 “You wouldn’t know that he’s going for 61 in here, but every at-bat, everyone on their feet, you hear the noise and I think he thrives off of that,” Anthony Rizzo, who hit the game-winning homer on at-bat after Judge’s final plate appearance, said. “It’s just going to get louder as we get deeper and go into the playoffs. Obviously we all want him to do it here, with how special it would be, and hopefully it comes tomorrow on the biggest stage.”

Judge is clearly not alone, and as our own Danielle McCartan pointed out in asking Boone about Judge post-game, previous chases had companions – Maris having Mantle, McGwire having Sosa – while Judge is running away with the home run crown and maybe the Triple Crown.

Just one more piece of evidence that this is, perhaps, the best season in MLB history.

“I think that’s where it spreads to the greater conversation of just how great a season it is. I believe that if it’s not the best season ever, it’s right in the conversation, because he has so far and above outperformed the rest of the league,” Boone said. “Aaron just looks at it as head down, trying to win and get into the playoff and win the division. I think it’s a non-factor.”