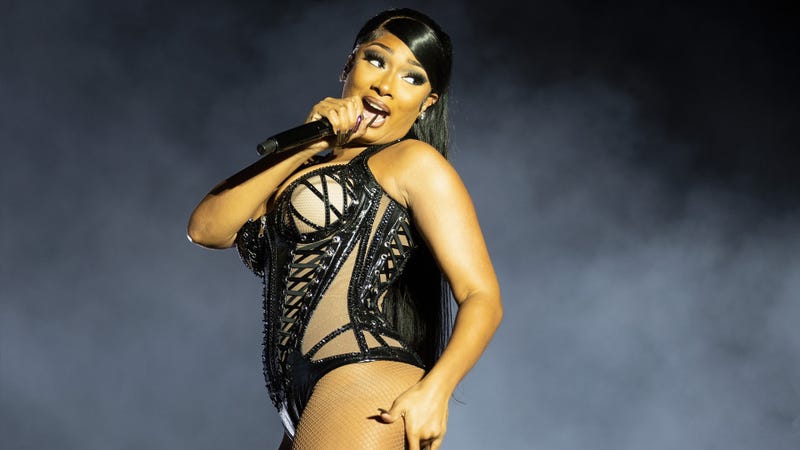 Marvel fans watching the Episode 3 of She-Hulk: Attorney at Law got a fun surprise when the latest cameo was made by none other than Megan Thee Stallion.

Though her inclusion on the Tatiana Maslany-led show was announced ahead, the way it played out remained a mystery until the new episode of the Disney+ show dropped. And well, it was pretty much everything we never imagined, and more.

She first appeared as a shape-shifting Light Elf from New Asgard, who impersonated Meg and scammed Jen Walters' delusional former co-worker Dennis Bukowski out of $175,000. This resulted in the Light Elf on trial, and being ordered to pay back her victim, plus serve 6 months in jail for impersonating a judge.

Upon the verdict, the camera pans to the courtroom benches where the real Meg is sitting, who then declares, “There’s only one Megan Thee Stallion,” before delivering her signature tongue-out “Ah!”.

Then, in the post-credits scene that literally EVERYONE is talking about, Jen Walters (in her She-Hulk form) signs her "new favorite client" Megan, leading the two to have a celebratory twerk-off to Meg’s song “Body.”

Only halfway through the six-episode season, and the She-Hulk cameos have been coming in hot. Of course, we all knew Mark Ruffalo would play a significant role as Bruce Banner and cousin to star Maslany’s Jen Walters, but we’ve additionally been blessed with appearances by Abomination (Tim Roth) and Wong (Benedict Wong) throughout the first three episodes. And there’s sure to be more (apparently, Charlie Cox’s Daredevil is still to come), all of which are major players in the MCU. So, how did Megan slide her way into the Marvel Cinematic Universe?

Well, “the role was scripted as a beautiful celebrity who never in a million years would date Dennis Bukowski. Those were the parameters,” the show’s director/executive producer Kat Coiro said in a recent interview. “And Jameela Jamil (who costars as the villainous influencer Titania) had actually worked with Megan and brought her up very casually and we all lost our minds.”

“Not only is Megan beautiful and talented, but she’s also this incredibly powerful, strong women who is very, very bold. So thematically she fit into She-Hulk. Then we discovered that Tatiana is the world’s biggest Megan Thee Stallion fan,” she added.

“It was the dream,” the actress expressed. “An absolute dream. I can’t believe that I got to do that. I couldn’t believe it in the moment. I’ve been training my whole life for a moment like that. She’s a genius. It was amazing.”

Watch the twerking cameo clip above.