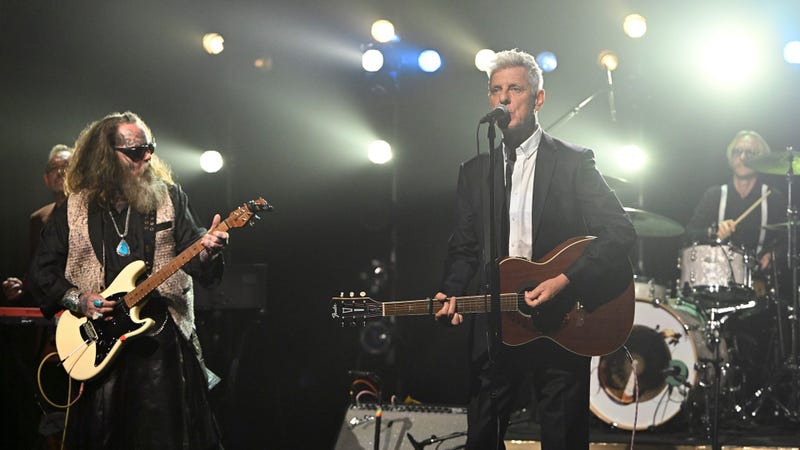 It was all-‘80s, all night as Jimmy Fallon welcomed actors Ralph Macchio (The Karate Kid), Jennifer Beals (Dirty Dancing), and Lea Thompson (Back To The Future) to take viewers back in time for a nostalgic look at the making of their iconic flicks, and musical guest Modern English with a late night debut!

Casual listeners may not know Modern English by name but certainly know their biggest hit "I Melt With You" -- which was featured in the 1983 Nicholas Cage flick Valley Girl -- as one of New Wave's most beloved classics. After finishing up a short tour in celebration of 40 years since its arrival at the end of September 2022, Fallon welcomed the band into the Tonight Show studio for a special throwback performance perfect for the evening's theme, while also marking their very first appearance on network television.

Post-Punks Modern English formed in Colchester, Essex in 1979, and through a number of breaks and revolving band members, they have managed to keep up a somewhat steady output of music over the years. Their most recent offering is 2021's After the Snow – Live from Indigo at the O2, a front-to-back live recording of the band's sophomore release, After The Snow, which was originally released in 1982 and featured "I Melt With You."

According to the band's latest social media postings, there looks to be a new LP in the works, with recording currently happening in upstate New York with GRAMMY-winning producer Mario McNulty, known for his work with David Bowie, Prince, Nine Inch Nails, The B-52s, and more! The future, as they say, is "open wide."