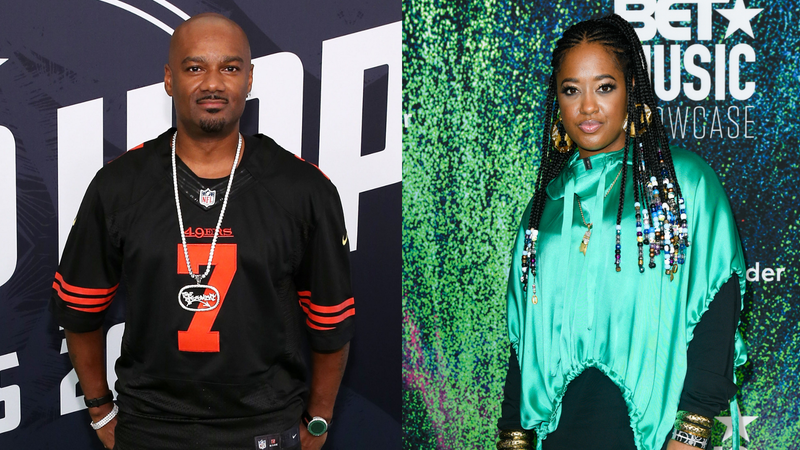 Video countdown shows are making a comeback! Big Tigger and Rapsody are leading the way with their new show, Off Top on REVOLT.

According to a statement from the network, the series "will put a modern twist on the traditional video series format by showcasing both veteran and emerging hip hop talent." The show will also "put an emphasis on lyrics, and allow artists to discuss the power behind their words through exclusive interviews with the two co-hosts as well as DJ Nyla Symone." Featured talent include Latto, G Herbo, Soulja Boy, King Combs and more.

In light of the new show, Rapsody expressed, "As an artist myself, I love talking about lyrics and appreciating the meaning behind today’s hottest beats. I’m thrilled to join REVOLT and celebrate the amazing work of today’s artists with Off Top— this is going to be an incredible show that viewers won’t want to miss.”

Tigger also expressed his excitement. "I’m looking forward to bringing another important production to the fabric of Hip Hop culture. This new series will be full of can’t-miss content and I’m excited to shine a light on what the latest wave is bringing to REVOLT."

Off Top premieres this Friday (July 23) at 9AM ET on REVOLT's TV channel, YouTube channel, and via their website. New episodes will air every Friday and "will include a video countdown from emerging and OG rappers, artist interviews, and an interactive segment with viewer reactions."

Ready for more from the leading ladies in Hip Hop? Check out Audacy's exclusive station, Women of Hip-Hop, featuring bangers from Cardi B, Saweetie, Megan Thee Stallion and more.