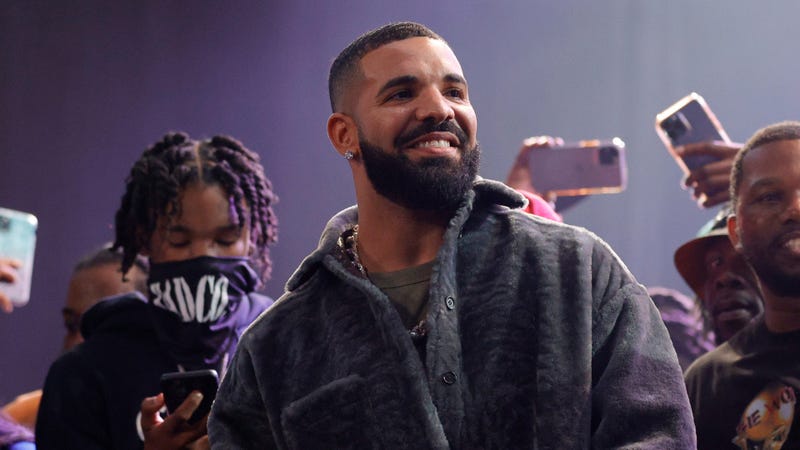 In some news that you never expected but are glad to now know, in a resurfaced interview Drake explains how his latest 21 Savage collab album, Her Loss, is the final installment of a trilogy. And more than that, he thinks it’s "one of the greatest albums I ever made in my life."

Listen to Drake Radio and more on the free Audacy app

"We got CLB, Certified Lover Boy, that was like the, you know, 'I’m trying my best to make her love [me], I’m chasing you,'" Drake began to explain. "And then Honestly, Nevermind is the realization that maybe that lifestyle is not for me."

"Then Her Loss is like ‘No Pigeons,'" he continued. "Remember when Sporty Thievz dropped 'No Pigeons' when TLC had 'No Scrubs' out?"

Drake confirms CLB, HNVM, Her loss is a trilogy pic.twitter.com/Mg476a1QaK

Drizzy also went on to claim that he believes Her Loss reigns among the supreme of peak Drake projects, calling it “one of the greatest albums I ever made in my life.” Expressing, “I said the other day, I think this is a clear entry into my top five of my catalog — if not, top three.”

Drake says her loss is top 3-5 in his discography pic.twitter.com/AlpCdbSHoL

At another point in the interview, 21 Savage revealed Drake had a hand in helping come up with bars, which Drake confirmed and gave props to 21 for doing the same thing.

Check out clips from the interview above.