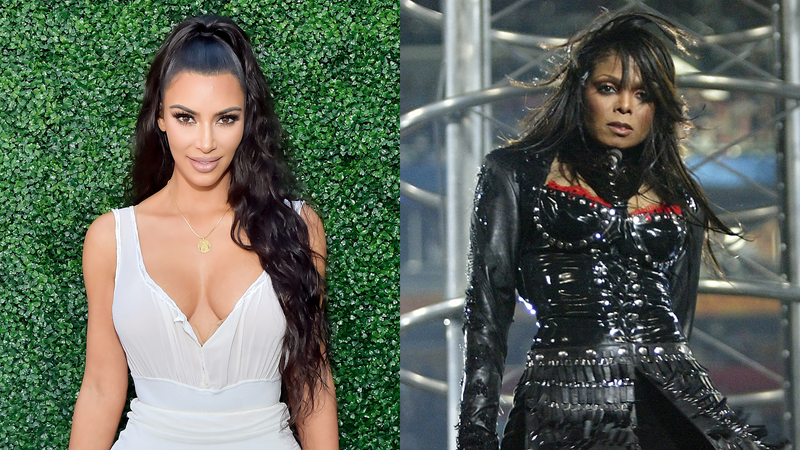 In honor and in celebration of Janet Jackson’s birthday, Kim Kardashian spent a small portion of her amassed fortune to bid on one of Jackson's classic music video outfits.

With a winning bid of $25,000, Kardashian became the proud owner of a custom-made top and pants worn by Jackson in her 1993 "If" video. And we know this because she posted about it on her Instagram story, right after wishing Ms. Jackson a Happy Birthday.

SOLD for $25,000! A custom-made top with a pair of black pants, both worn by Janet Jackson in her 1993 award-winning "If" music video. Sold in our "Iconic Treasures from the Legendary Career and Life of Janet Jackson" auction at https://t.co/TiME89uOXn! w/ @JanetJackson pic.twitter.com/OnBlFXOXC3

"For @janetjackson's bday bc I'm such a fan I can't believe I won this outfit on @juliens_auctions," Kardashian revealed along with a snap of the Jackson rocking the ensemble.

Love that for her, even though we’re slightly shocked we didn’t already know Kim was a part of the Rhythm Nation. Because for real, it feels like we know everything about her.

Jackson reciprocated Kardashian's excitement right back, replying to her IG story with one of her own, writing, “Thank u so much @kimkardashian! I hope 'IF' gives u as much pleasure as it did me.” 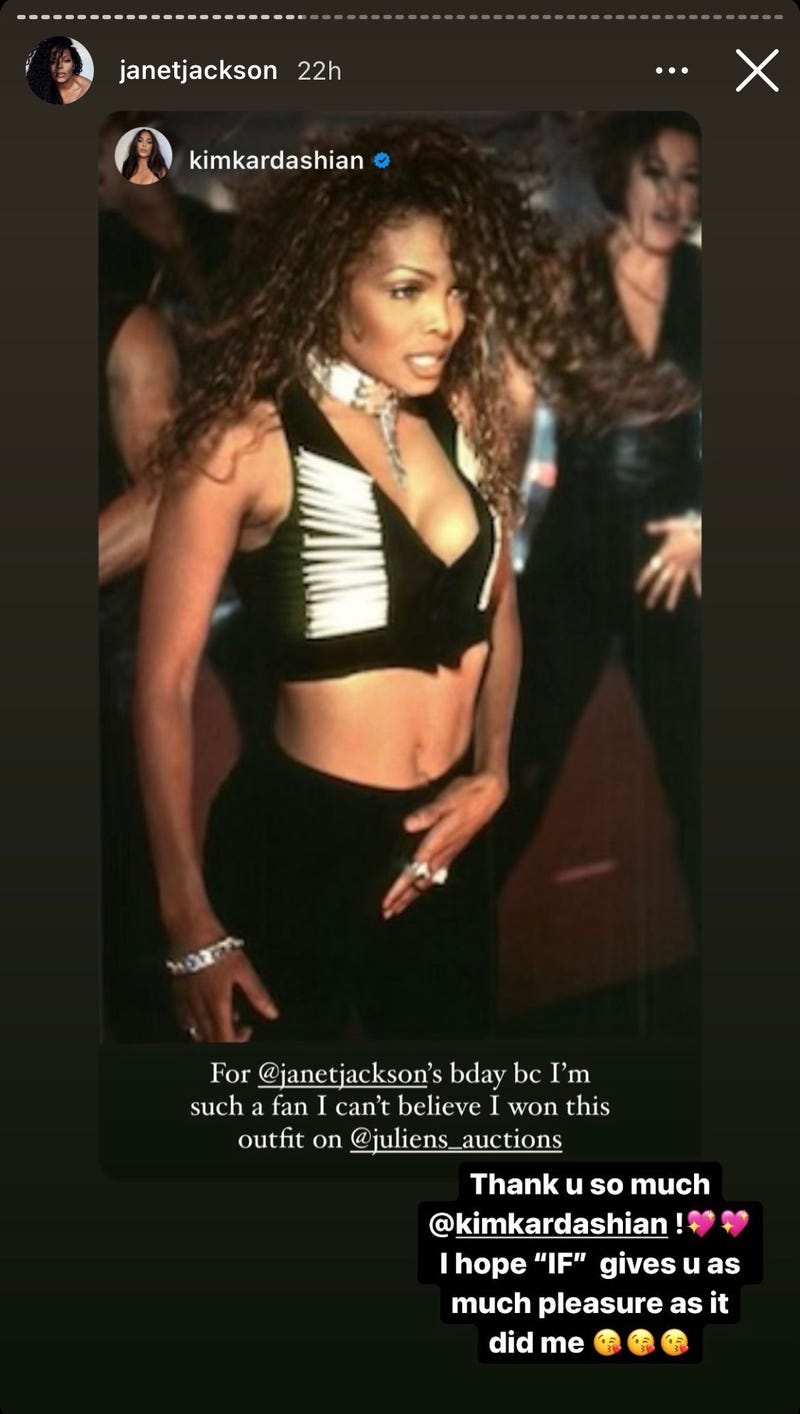 No doubt it did, and just because we’re nice like that, we hope it gives you pleasure too. Only way to find out is to check it out below.

The “Iconic Treasures From the Legendary Career and Life of Janet Jackson” auction was held in partnership with Julien's Auctions through Sunday May 16, aka Jackson's 55th birthday. Selling more than 1,000 items including memorabilia from her career, as well as personal treasures, with proceeds going to Compassion International, an organization that helps children escape poverty.