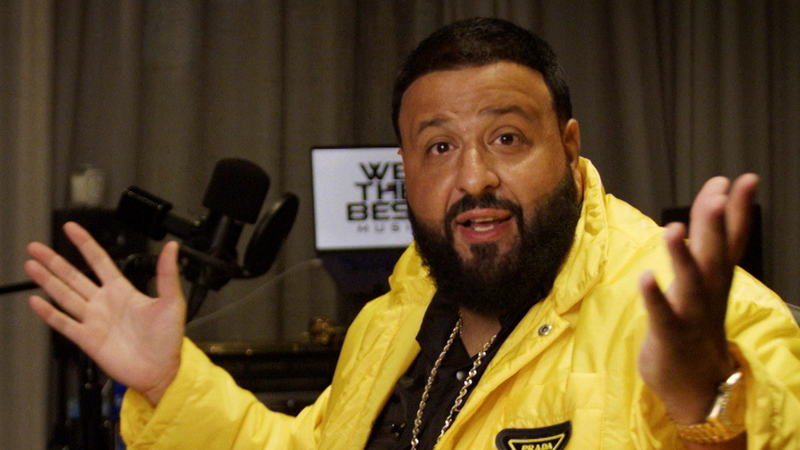 DJ Khaled is officially back with a brand new album Khaled Khaled, and as per usual, each of the tracks - 14 in total, boasts features from music’s heaviest hitters.

Along with the release of the album, Khaled also dropped the music video for track 10, “SORRY NOT SORRY” featuring JAY-Z, Nas, James Fauntleroy, with Harmonies by The Hive. And as you can imagine the slow bop’s visual is every bit the cigar smoking, flower wall filled, money flaunting spectacle we love and expect from Khaled. See for yourself below, but like don't be rude, finish the article first.

While we’ve already heard two of the previously released Drake tracks, "POPSTAR” and “GREECE,” the remaining 12 tunes are brand new to us. While some people are simply hype over the person featured, others are stoked about the fire they’re spitting or in some cases singing. But, regardless of why, these tracks have the internet talking and people are picking their faves.

So - because we're nice like that, we scrolled through Twitter, so you don’t have to and left some of our faves below.

Me when I found out DJ Khaled got Nas and Hov on a track together
pic.twitter.com/dMZQiJM89P

Of course, with success comes the haters, who took to Twitter to express their negative thoughts on Khaled’s latest LP. And while we don’t entirely agree with them, they did kinda bring the funny.

We have been hoodwinked, bamboozled, lead astray, run amok and flat out deceived by another DJ Khaled tracklist pic.twitter.com/yJbCSM7tmu

But ultimately, to them we say -